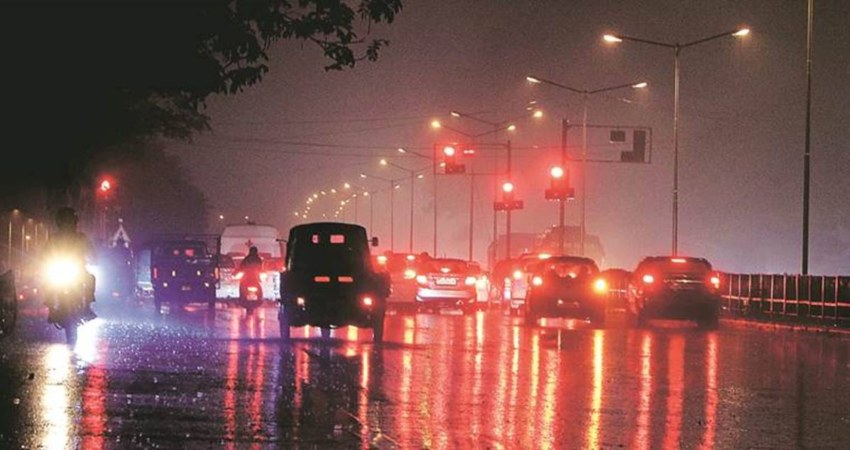 Post cessation of Northeast Monsoon on 31st December 2020, an unusually heavy wet spell has lashed most parts of Tamil Nadu. Historic record rainfall has been recorded at many places including the state capital Chennai. Heavy rains have lashed south Tamil Nadu in the past 24 hours and still heavier are expected during the next 48 hours and slow down thereafter.

Coastal parts of Tamil Nadu have recoded fairly heavy rains during past 24 hours with Parangipettai (93mm), Pamban (63mm) and Tuticorin (36mm). The state has far exceeded its monthly quota of January measuring nearly 200mm of rainfall till 11th January against monthly normal of 15.5mm. As of now, Tamil Nadu is rain surplus by over 2000%, a rare feat and not seen in the recent past. January 2020 had remained rain deficit by measuring only 9mm during the entire month and suffering shortfall of 42%. The capital city, Chennai, received deluge on few days to go rain surplus recording 192.8mm against the normal of 9mm. Such heavy rains are an outlier and not witnessed in the last few decades.

With the retreat of Northeast Monsoon, easterly weather systems over the Bay of Bengal normally shift south in the equatorial belt and least affect the state. Defying the norms, a stream of these systems moving across Sri Lanka and Gulf of Mannar are still impacting the state particularly the coastline. Inter Tropical Convergence Zone( ITCZ) continues to be marked close to the equator and the embedded cyclonic circulations track their way over Comorin region to send weather waves for Tamil Nadu.

Presently one such circulation is traced over Comorin region and Gulf of Mannar in the vicinity of equatorial belt. This will persist in the proximity of South Tamil Nadu for the next 48 hours and shift over the Southeast Arabian Sea and Lakshadweep subsequently. Under its influence, heavy rainfall is expected over South Tamil Nadu and possibly 3 digit rainfall at few places. Heavy rainfall risk is high for locations like Atiramapatinnum, Palayankottai, Ramanathapuram, Rameshwaram, Pamban, Tondi, Tuticorin and Kanyakumari. Chennai and Puducherry are expected to have the least activity and possibly restricted to short-duration light shower. However, the situation will ease out subsequently and the weather is not expected to play spoilsport for most parts of the state on ‘Pongal’.

Weather update and forecast for January 11 across India