Winter in Delhi: Temperatures to play a see saw over national capital 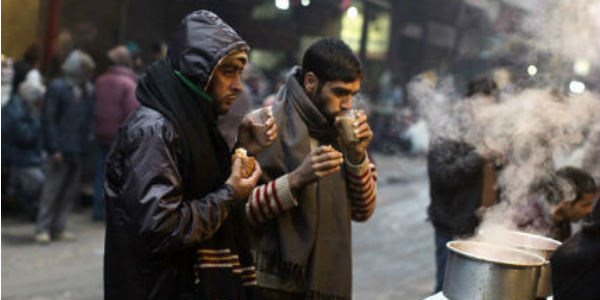 The recent Western Disturbance over the northern hills has given scattered rains over Delhi and its nearby regions of Gurugram, Noida, Faridabad and Ghaziabad. These rains resulted in decrease of pollution levels over some parts. However, many parts of Delhi-NCR are still lingering under poor to very poor category of AQI.

The one positive effect of these rains is that PM10 particles have reduced, as they have been washed away by the rains. Therefore, currently the PM10 level is in moderate to poor category. Whereas, PM2.5 still lies in poor to very poor category. On the other hand, isolated places of Delhi-NCR have been witnessing dense fog during the morning hours.

Now, during the next 24 to 48 hours, due to the cold winds from the north, we expect marginal drop in both day and night temperatures.

Thereafter, due to the fresh Western Disturbance approaching the Western Himalayas around January 10, winds will once again change direction. Thus, minimum temperatures will see a rise by 2˚C to 3˚C between January 11 and 12.

Therefore, we can say that Cold Wave conditions will be ruled out over Delhi-NCR region. Moreover, the Western Disturbance will have no effect in terms of rain over Delhi, but it will certainly increase the minimum temperatures.

Talking about pollution, during the next two to three days, pollution levels over Delhi and its nearby areas will remain unchanged.