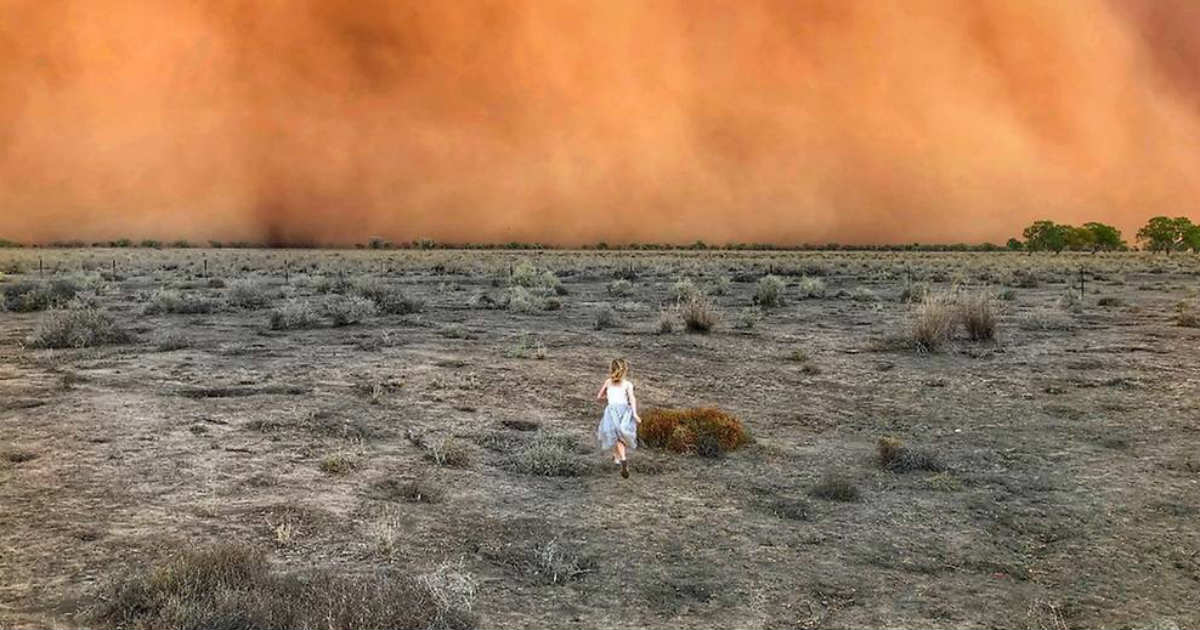 Australia’s woes don’t see to be coming to an end anytime soon. After huge bushfires, now a huge dust storm is making rounds over the internet.

On Sunday, New South Wales recorded high speed damaging winds due to thunderstorms across the central regions of the state. These high-speed winds whipped up dust storms that turned daytime into night in some towns.

Not just dust storm, heavy rains followed suit across central and northern parts of the state. This rain was accompanied with hail in the Victoria region. Multiple cities in the state received between 100 mm and 180 mm in the night hours on Sunday.

The thunderstorm is likely to continue today as well as a very active thunderstorm is forecast for today particularly across south-eastern and central-eastern parts of New South Wales. There could also be large hailstones.

Downpours over the past few days have provided relief for parts of drought-stricken New South Wales and helped firefighters slow the spread of bushfires.

There are at least 14 bushfires still burning in the state of Victoria. As the effort to put out the remaining fires continue, a severe weather warning is in place for the state. The heavy downpour could lead to flash flooding in some areas. Despite this, the hopes of rains putting out the remaining blazes is quite less.