Amidst fears of drought in Maharashtra, government stocks onions to control price hike 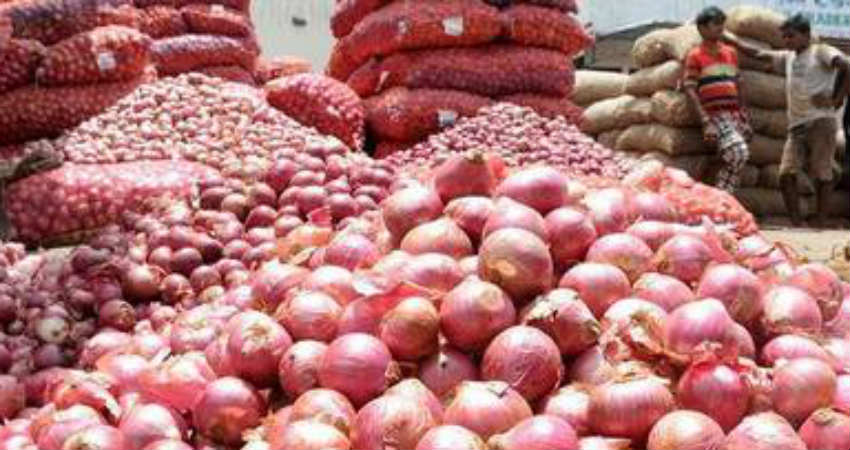 Due to lack of water in Maharashtra this year, the onion crop is likely to be affected. In view of this, the government has started storing 50,000 tonnes of onion before the onion prices rise. Due to the shortage of water this year, there is a possibility of the decline in onion crop in Maharashtra. On the other hand, due to higher production of onions last year, farmers had to sell it at a cheap price of just 50 paisa per kilograms.

Due to lack of water this year, Maharashtra is facing drought conditions, due to which there is a possibility of reduction in the production of onions here. Due to the decrease in production, the demand for onion during April to November will increase prices. 60 percent of Maharashtra, which is the largest producer of onion, is facing severe shortage of water.

Generally, the prices of onion see an upsurge between July and September. According to an official, the management committee of the Price Stabilization Fund has instructed National Agricultural Cooperative Marketing Federation of India Ltd. (NAFED) to purchase 50,000 tonnes of onion to maintain the normal prices of onion. Apart from this, the government will also take necessary steps at the time of sudden increase of onion prices.

Meanwhile, Skymet Weather has issued an advisory for farmers of South and Central India, to delay the sowing of Kharif crops due to delay on the onset of Monsoon 2019. So that the initial development of crops is not affected due to water scarcity.