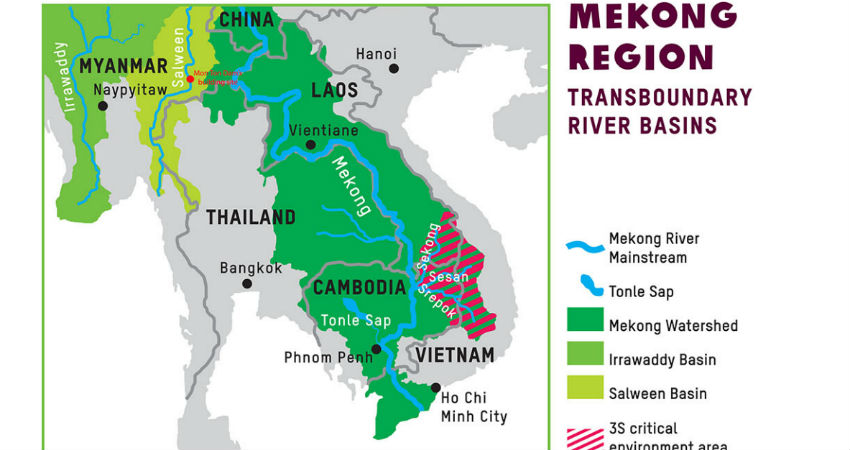 Mekong river is one of the longest rivers which originates from China and travels to south Asian countries across Laos, Thailand, Cambodia, Vietnam and finally enters the South China Sea.

Mekong River is at its lowest in the last 100 years, threatening the food supply. It has a devastating impact on the fish industry, as well as about sixty million people who are somehow dependent on this Mekong river.

This severe crisis began when the Monsoon rains, which usually start in May in China and Taiwan or the Mekong region, failed to arrive on time. While the situation got, even more, worse by hydropower dam operators upstream, in China and Laos, withholding water for their own purposes.

Less water flow also has a devastating impact on fish reproduction in the Mekong river basin. Droughts and disruptions to the water flow of the Mekong are likely to become more common, and it could eventually lead to the collapse of the entire ecosystem.

The Mekong river has already reached its ‘tipping point” as the Mekong river can no longer sustain these changes. This year, the dry conditions in the Mekong region persisted due to warm Pacific Ocean currents known as the El Nino effect. But climate change is also a driving factor, causing the Monsoon season to shorten considerably.

When the Monsoon rains arrive, they normally produce a flood pulse that brings with its sediment essential to agriculture as well as enormous amounts of larvae and tiny fish, including many critically endangered species such as the Mekong giant catfish.

The accelerating pace of change and the impending impacts of climate change point to a fear that the river, which is the lifeblood of most of Southeast Asia, will gradually lose function until it no longer supports the huge diversity of wildlife and millions of people that depend on it.