Field crops to benefit farmers, growth projected between 11 to 13 percent, slower than last year, a research 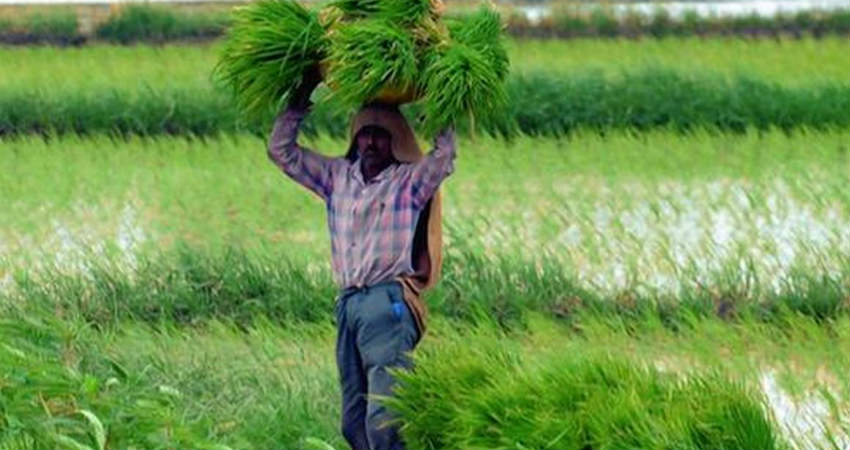 In recent research by CRISIL, it has come to notice that farmer’s profits from field crops are likely to grow 11% to 13% during this Kharif or summer crop season.

However there stands a chance that the food grain production might fall, as it has been hit by unpredictable rainfall in some areas and pests in others, higher demand and higher mandi prices will help farmers. The CRISIL economists added to this and mentioned that the projected profit growth rate is still lower than last year’s rate of 16%.

After three years of record production, Kharif output is likely to decline 3% to 5% this year, with sowing acreage and yields both hit by the uneven distribution of rainfall. The chief economist of CRISIL, Dharmakirti Joshi said that the overall quantum of rainfall is normal, but there was a 33% deficiency in June, which affected paddy acreage mostly in eastern India, and then excess rainfall affecting some crops in August.

But the good news is that abundant rains in August have also improved the chances of a healthy rabi season, which is more dependent on irrigation, recharging of groundwater and higher reservoir levels.

CRISIL researchers also pointed out that deficient rains mostly impacted Haryana and West Bengal, which both have irrigation coverage higher than the national average, mitigating overall impact to a certain extent. However, farmers in certain pockets within States such as western Uttar Pradesh and Marathwada were also hit by deficient rainfall, while parts of Madhya Pradesh, Gujarat, Karnataka, and Rajasthan are likely to have crop losses due to excess rainfall.

As per the CRISIL’s findings, erratic rainfall had the worst impact on paddy, but groundnut and sugarcane may also be affected.

The surplus production of the last few years has led to stagnant food inflation and low mandi prices for many crops, impacting farmers' profitability. This year, demand factors may help push up prices, especially for cash crops and oilseeds. CRISIL Research’s director Hetal Gandhi said that the plastic ban in many States may increase demand for jute products. She further added that the lower production of paddy and other cereals will also help prop up prices, especially if supported by a robust government procurement system.

Overall, CRISIL projected that mandi prices would be 10% higher than last year, with revenues rising 7% and profits at least 11% for all Kharif foodgrain crops. For 15 key MSP (Minimum Support Price) linked crops — barring sugarcane — per hectare crop profitability is likely to rise 21% from last year.