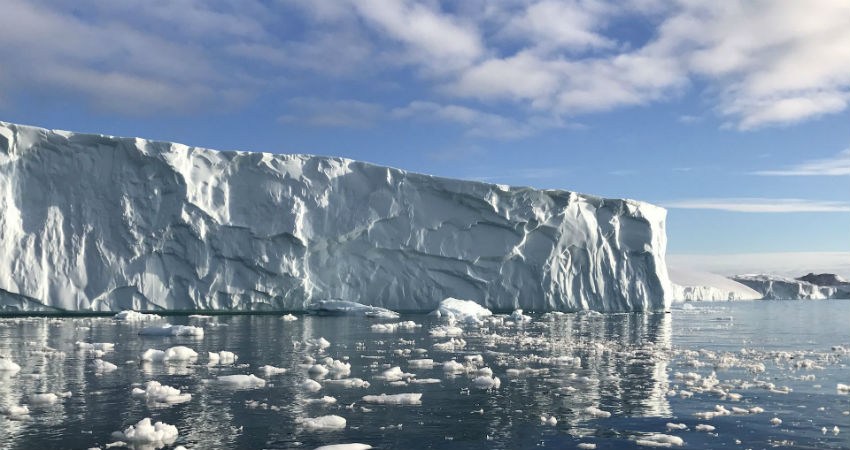 It is well known that it is higher temperatures that have been a contributor in the surface melting of the ice sheet of Greenland. However, as per a new study, warm ocean water under the glaciers are resulting in the melting of these glaciers even quicker.

The study was published in Nature Geoscience by researchers who were responsible for studying many ice tongues of the Nioghalvfjerdsfjorden Glacier, which is also called the 79° North Glacier and lies in the northeastern region of Greenland.

If you are wondering what an ice tongue is, it happens to be a strip of ice which floats on the water and does not break off from the ice which is on land. One massive ice tongue is 50 miles in length.

As per a survey, there over a mile wide underwater current where warm water from the Atlantic flows directly to the glacier. Due to this, a lot of heat is coming in contact with ice and even speeding up the melting of the glacier.

Therefore, the reason for that increased melting is now clear. Another finding revealed that a similar current flowed close to another glacier wherein a huge ice tongue broke off into the ocean.

Sea level rise on a global scale is driven by significant ice loss from Greenland's sheet. Moreover, the ice sheet melting is seven times paced up than the year 1992. In fact, this ice sheet of Greenland has a lot of water that it can increase the sea levels globally by a whopping 24 feet.

In fact, the ocean temperatures also took a beating and were 0.075 degrees Celsius more than the 1981-2010 average. Warmer waters are also causing weather conditions to be extreme resulting in hurricanes etc.