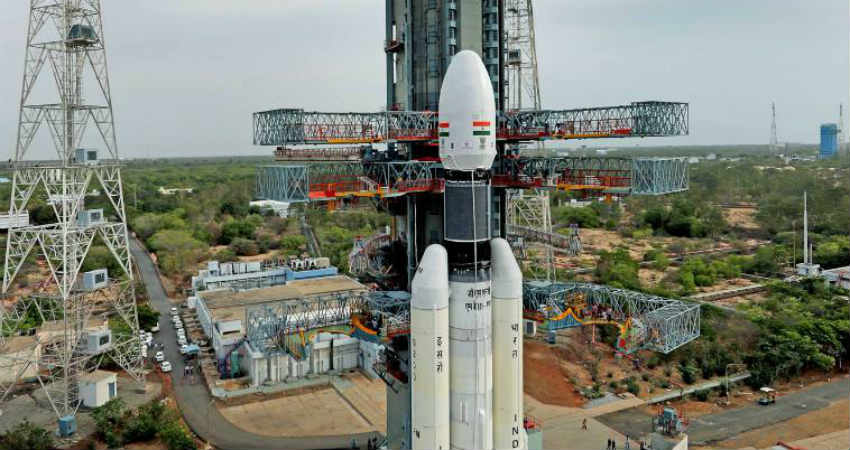 Chandrayaan 2 will explore the yet unexplored and unchartered South Pole of the Moon.  48 days from now, i.e. on September 7, the lander and the rover will soft land on the Moon where various experiments and data collection will be carried out

Published on July 21, 2019: The countdown for the second attempt of launching the Chandrayaan 2 has finally begun. The launch is to take place on Monday, 2:43 PM for which the countdown began at 6:43 PM today. Mission Chandrayaan 2 had been aborted last week when an issue did arise just about an hour before the liftoff as a technical snag had occurred in its launch vehicle, GSLV-Mk-III rocket.

As per the ISRO Chairman, K Sivan, the glitch has been completely fixed and it is all set to be launched on July 22. He also added that they intend to move to the moon around August 14 and land on the moon around September 6.

The launch will take place from the Satish Dhawan Centre in Sriharikota. The GSLV-Mk-III rocket, also known as Bahubali which is ISRO’s most powerful launcher will be responsible for carrying Chandryaan-2 to the orbit.

While glitches are not expected, there may be some rainfall tomorrow at the time of the launch. Usually, Monsoon rains take a break during the afternoon but one or two showers with cloudy sky conditions may be witnessed during that time.

The lander, which has been named as Vikram will make a soft landing on the Moon on the 54th day after which rover which is called the Pragyaan will roll out to carry out experiments on the Moon’s surface. Windows of launch are limited because of various complexities on the moon as well.