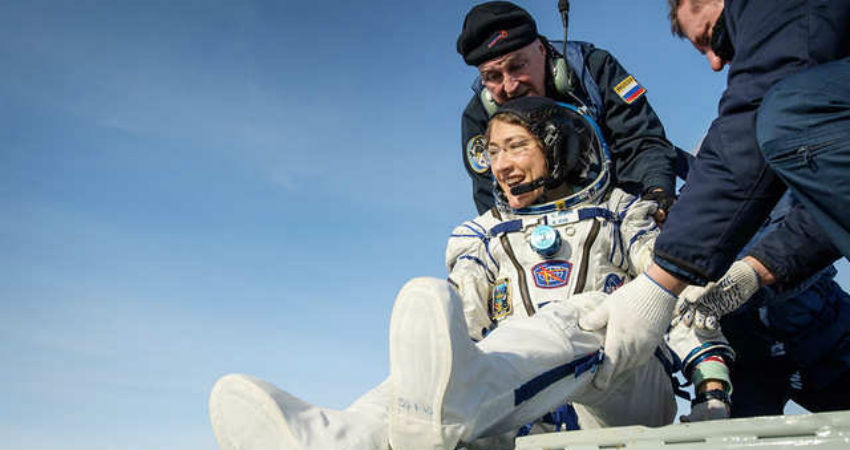 Christina Koch is the golden girl, the astronaut who was the leader of the first all-female spacewalk in 2019, finally ended her space stay and landed in Kazakhstan on Thursday. Her stay at the International Space Station (ISS) was the longest on record and was ended after 328 days. The mission is expected to bring in new insights into deep-space travel.

The astronaut was accompanied with European astronaut Luca Parmitano and Russian cosmonaut Alexander Skvortsov in a Soyuz MS-13 capsule, which landed on the Kazakh desert. They were thereafter flown to Karaganda region, so that they can begin their homeward journey.

Christina’s mission was successful in breaking the record for the longest stay in space by a woman. It was prior held by previously Peggy Whitson from NASA. Koch also successfully achieved another milestone called the gender milestone wherein she stepped out of the space station for a two women spacewalk with Jessica Meir.

Nasa's first attempt for an all female spacewalk was called off in March 2019 because of the lack of the right sized spacesuit.

Christina’s mission will help researchers understand as to what effect do weightlessness and space radiation have on the female body on long spaceflights. This will help NASA as it aims to build a space station permanently on the Moon within the next 10 years.