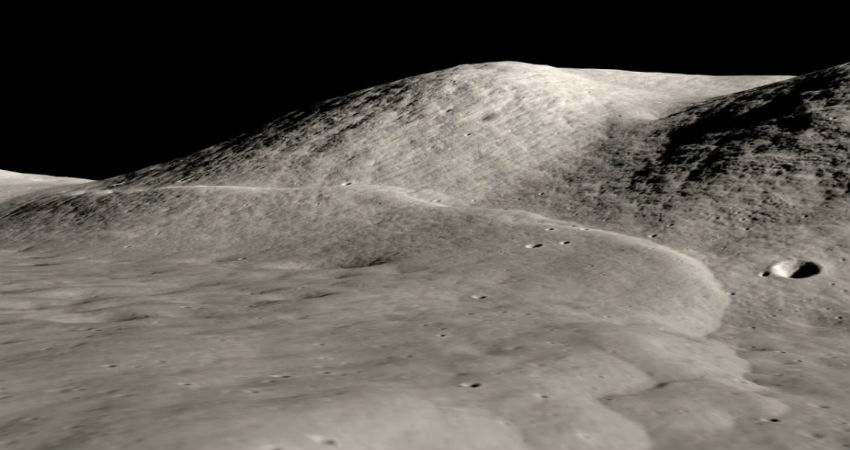 The Moon is consistently contracting, causing wrinkling on its surface and tremors, as per an analysis of imagery caught by NASA's Lunar Reconnaissance Orbiter (LRO) distributed Monday.

A review of in excess of 12,000 pictures uncovered that lunar basin Mare Frigoris close to the Moon's north post - one of numerous immense basins since quite a while ago thought to be dead sites from a geographical perspective, has been splitting and moving.

In contrast to our planet, the Moon doesn't have structural plates; rather, its structural movement happens as it gradually loses heat from when it was framed 4.5 billion years back.

This makes its surface wrinkle, like a grape that withers into a raisin.

Since the moon's outside layer is weak, these powers cause its surface to break as the inside shrinks, bringing about alleged thrust shortcomings, where one segment of hull is pushed up over a neighboring segment.

Thus, the Moon has turned out to be around 150 feet (50 meters) "skinnier" in the course of the last a few hundred million years.

The Apollo space explorers initially started estimating seismic action on the Moon during the 1970s, finding by far most were happened somewhere down in the body's inside while a more modest number were on its surface.

The investigation was distributed in Nature Geoscience and inspected the shallow moonquakes recorded by the Apollo missions, building up connections among them and youthful surface highlights.

"All things considered, the issues are as yet dynamic today," said Nicholas Schmerr, an associate teacher of topography at the University of Maryland who co-wrote the investigation.

"You don't frequently get the opportunity to see dynamic tectonics anyplace however Earth, so it's extremely energizing to figure these flaws may in any case be creating moonquakes."