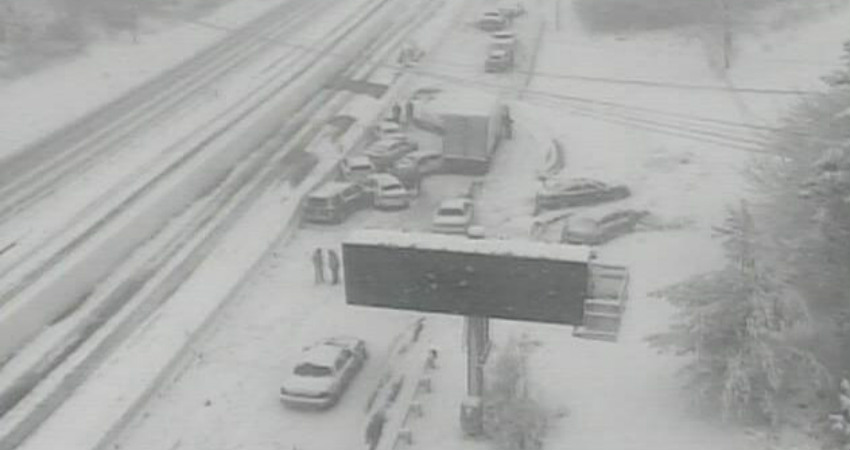 An Arctic blast from Siberia has rattled the US and resulted in record low temperatures across many parts. The arctic air mass was moving from the Rocky Mountains to the northern parts of New England. Heavy snowfall and ice have been witnessed in many areas with records being set in states including Illinois and Kansas and many others.

This week, as per forecasters, hundreds of records are all set to be either set or broken. Over a 1000 flights have been cancelled and four deaths, all traffic ones have been reported. Highway pile up reports have been at least in dozens.

At least 50 vehicles, were involved in a crash in Ohio, on Interstate 80. Traffic did not resume until late Tuesday night, which was almost 12 hours.

The Air Mass spread from areas of the Plains right until East Coast. This cold front has made residents feel like it is the middle of winter and not mid November in most parts of the eastern region of the country.

The lowest temperature was observed at -1 degree Fahrenheit at the Garden City, which was previously at 7 degrees. On the other hand, Chicago saw its minimum at 7 degrees Fahrenheit, which was also a record as the previous one stood at 8 degrees in 1986.

Snowfall was a rare incidence in Brownsville, which lies at the US Mexico border. This air mass is a common affair in mid January, than right now, said meteorologists. East and South United States will see more record breaking temperatures as the arctic blast has been moving towards that region.