Snow in Greece, Turkey, Bulgaria coming up during weekend 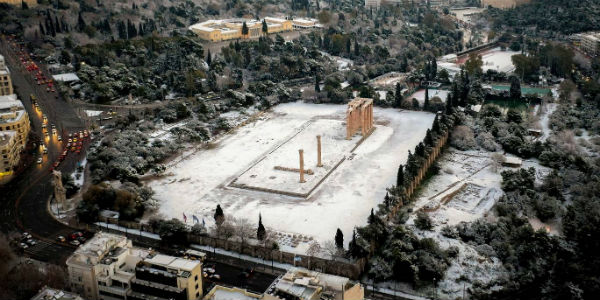 Southeastern Europe is all set to see mild weather for some more time, however, conditions will not last for long. Cold air blast will bring in snowfall during the weekend. The cold air will be wreaking havoc due to the risk of snowfall in many parts and may be a shocker as February is generally supposed to be mild.

Temperatures for February have settled at 2-4 degrees Celsius above normal across southeastern Europe and Western Turkey.

While snow is probably going to fall and gather in the mountains north and west of Athens, the city itself can anticipate Saturday rains to blend with snow or even change to just snow on Saturday night. Sunday on the other hand will have both rain and snow.

Snow accumulation for a brief period is also likely over surfaces which are not paved.

In Thessaloniki, rain will occur on Saturday morning and start to snow Saturday evening accumulating to about an inch.

Snowfall is also likely in the far East including areas of Bulgaria and Northwest Turkey.

Southeast Bulgaria, including Burgas, will be covered with snow starting Friday night into Saturday morning, with expected snow of about two inches.