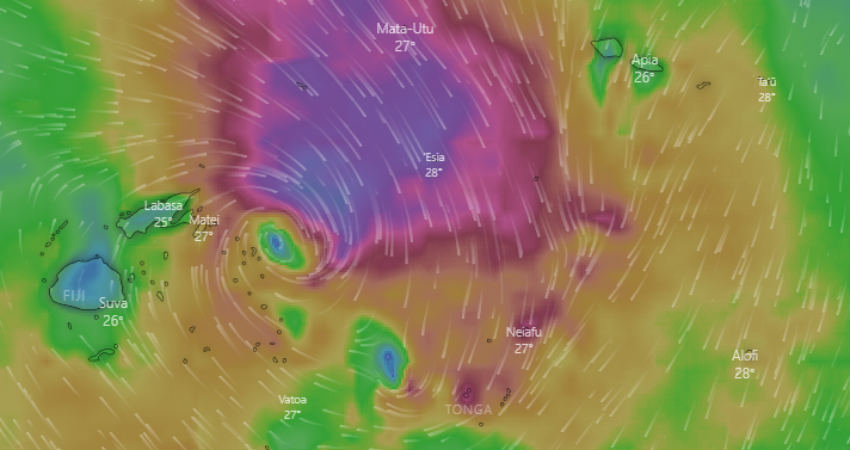 The only storm in any of the oceans across the Globe, Cyclone Tino has hit Fiji and caused devastation across the island nation. Vanua Levu, which happens to be the second largest island in Fiji was hit by Cyclone Tino resulting in closure of school, opening of evacuation centres and businesses closing early.

Winds to the tune of 130-140 kmph were observed with warnings of very heavy rains, coastal flooding and flash floods in some parts. As per authorities, two people remain missing while they were trying to swim across a river which was already flooded.

Locals on the outer islands of Fiji rushed to emergency shelters and tourists left for Suva, the capital city, however, flights as well as inter-island ferry services remained suspended. This is the second Cyclone to have hit Fiji this year itself, first being Cyclone Sarai which even resulted in the death of two people.

Tropical Cyclone Tino also resulted in damage in an island, which is three hours away from Fiji called Tuvalu. If Tino follows its present track, it is expected to hit Tongatapu during the weekend, which is the main island of Tonga.