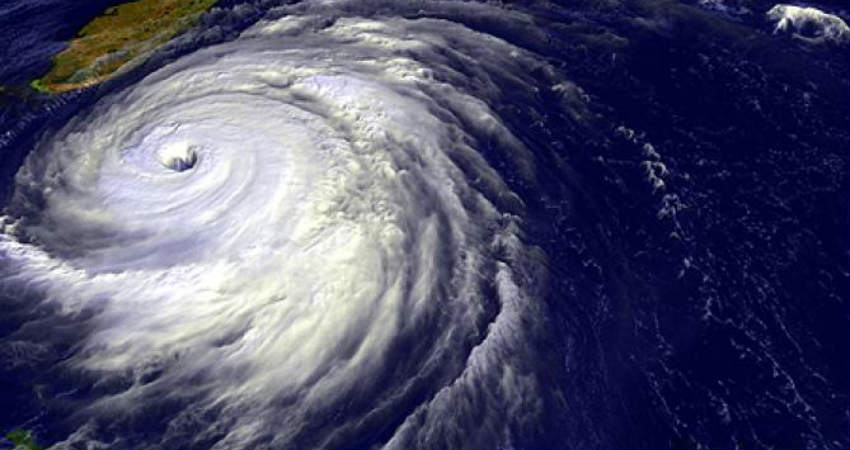 The world has seen some catastrophic storms in the last decade, all thanks to Climate Change. While not all storms do end up making landfall, some of them during the time of landfall become all the more fierce and devastating. Here is a look at ten of the most powerful landfalling storms ever recorded.

Super Typhoon Meranti: Another typhoon which also impacted Philippines was locally known as Ferdie. Meranti hit Philippines on September 13, 2016 and wind speed up to 315 kmph was observed at the time of landfall. Talking about fatalities, 47 were killed and areas hit included Taiwan, Philippines, South Korea and Mainland China.

Hurricane Dorian: In the year 2019, The Bahamas were struck by Hurricane Dorian on September 1 which remained as a Cat 5 storm for over 24 hours. The storm reached its peak speed at 295 kmph. Hurricane Dorian left 70,000 people homeless and massive economic loss. 73 out of 70 people who died due to the hurricane were from The Bahamas.

Great Labour Day Hurricane: The 1935 Great Labour Day Hurricane has been the most intense hurricane to have made landfall ever in the Atlantic region. With its speed of 195 kmph, the hurricane hit Florida in the United States killing 23 people and resulting in an economic loss of $100 million. Several areas were affected including Florida, The Bahamas, Georgia, The Carolinas, Virginia, Maryland, Delaware, New Jersey, New York and New England.

Hurricane Irma: The 2017 catastrophic Hurricane Irma which hit the Leeward Islands on September 7 is the second most powerful hurricane ever recorded. It affected the Northeastern Caribbean region and Florida Keys and resulted in 134 deaths. The economic loss was worth $77 billion.

Cyclone Winston: On February 19, 2016 Severe Tropical Cyclone Winston made landfall over Fiji with wind speed of 285 kmph. It resulted in 44 deaths and caused an economic loss of $1.4 billion which made it the costliest Cyclone in the South Pacific Basin. A state of emergency in Fiji remained for 20 days.

Super Typhoon Megi: In the year 2010, Super Typhoon Megi made landfall over Luzon on October 18. Megi had maximum wind speed of 195 kmph and left 69 people dead and 4 missing. The Typhoon had affected south Asian nations of Philippines, Taiwan, Hong Kong, Macau, and China.

Super Typhoon Zeb: In the year 1999 during the month of October, Super Typhoon Zeb had hit Luzon in Philippines and had wind speed of 285 kmph at the time of landfall. Rain in Luzon was recorded over 1100 mm in Luzon in just 24 hours. The typhoon caused 122 fatalities and affected Philippines, Taiwan and Japan.

Cyclone Monica: Another Cyclone that needs to be mentioned is Cyclone Monica which hit Australia and Papua New Guinea in April 2006. The storm had wind speed of around 285 kmph. However, no fatalities were reported because of this storm.

The interesting point here is that out of ten, seven storms are from the last decade. Thus, storms are only becoming stronger and more frequent due to climate change.