Can we predict an Earthquake? 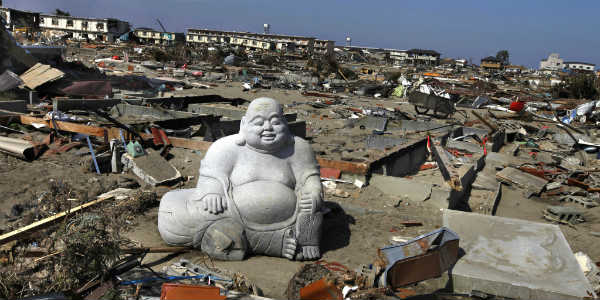 Studies and research estimate that more than 200,000 earthquakes are recorded each year globally, making earthquake forecasting and prediction an active topic for geological research for scientists for years. Today’s earthquake in Japan has left many people questioning whether an earthquake can be predicted or not?

For centuries, people wondered what causes the Earth to shake. In the 1960s, scientists finally settled on the theory of tectonic plates. These plates move around, slide past and bump into each other.  Energy is released thereafter and radiates outward in the form of waves, causing an earthquake. The closer you are to the epicenter of an earthquake, the more you are at risk.

Why predicting is a challenge?

Weather forecasting is possible to an extent but foreseeing earthquakes and their time is still a challenge as identifying diagnostic precursors of earthquakes have remained unsuccessful in the past.

Diagnostic precursor is a characteristic pattern of seismic activity or a physical, chemical or biological change, which indicates a high probability of an earthquake taking place in a small window of space and time.

“The public is accustomed to the uncertainties of weather forecasting, but foreseeing where and when earthquakes may strike is far more difficult. Plus, too much reliance on earthquake hazard maps can have serious consequences”, says a Chinese scientist, Mian Liu. “Hazard maps fail because historical records in most places don’t go back long enough to get a good sense for patterns…since earthquake trends tend to emerge only on long timescales. The combination of bad and incomplete data, with a complicated system, means that hazard maps are guesses at best”, he added.

Some possible ways of predicting

Earthquakes are not as easy to predict as volcanic eruptions. However, there are still some possible ways of monitoring the chances of an earthquake:

1) Laser beams can be used to detect plate movement.

2) A seismometer is used to pick up the vibrations in the Earth's crust. An increase in vibrations may indicate a possible earthquake.

3) Radon gas escapes from cracks in the Earth's crust. Levels of radon gas can be monitored - a sudden increase may suggest an earthquake. In 2009, a technician at Italy's National Institute for Nuclear Physics claimed that he was able to predict the L'Aquila earthquake by measuring the radon gas seeping from the Earth's crust. His findings remain controversial.

4) Scientists from Edinburgh believe new aerial studies of the earth’s surface could help predict where earthquakes and landslides may occur. Specialist sensors carried by airplanes can be used to take measurements allowing experts to pinpoint areas of land, which are changing shape as a result of the earth’s plates moving.

5) Using radiocarbon dating of offset river sediments and collapsed hill-slope deposits, a research team led by Nanyang Technological University (NTU) discovered that massive earthquakes in the range of 8 to 8.5 magnitudes on the Richter scale leave clear ground scars in the central Himalayas. The study explained devastating earthquakes in the Himalayas in the past means that quakes of the same magnitude could happen again in the region in future.

7) Just as the way animals can help majorly in forecasting certain weather phenomenon, they can also be of a lot of help in predicting a possible earthquake in a place.

Some claim that an oarfish washing ashore is a sign that an earthquake will soon follow. Shortly before the 2011 Tohoku earthquake and tsunami struck Japan, about 20 oarfish stranded themselves on beaches in the area.

There have been reports throughout history of reptiles, amphibians, and fish behaving in unusual ways just before an earthquake. Frogs and snakes, for example, may help in predicting an earthquake, as they can sense chemical changes in groundwater that occur when a quake is about to strike.

“We have learned that predicting an earthquake is a tough nut to crack. To make the kind of accurate, short-term prediction for an earthquake, one would need to identify a reliable signal that a quake is coming. Until then, preparedness is our best defense”, says Jatin Singh CEO of Skymet Weather Services.