MD Skymet, Jatin Singh: Weather not to be blamed but CORONAVIRUS as a damper to Holi 2020, Skymet issues an alert against avalanches for the hills 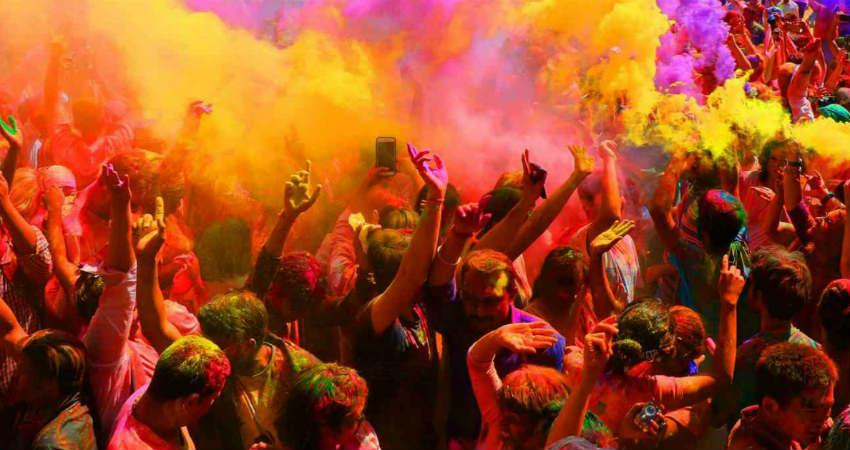 As expected, the last week brought adverse weather activity in some parts leaving anxious moments for the farmers as they prepared for the harvest in the next few weeks. Hailstorm accompanied with strong winds and heavy rains struck parts of Punjab, Haryana, North Rajasthan, Delhi NCR and Uttar Pradesh. Particularly, this has resulted in flattening of crops in the Majha area of Punjab, especially on the outskirts of Amritsar. There are ground reports of hailstorm affecting crops in many villages in Singrauli, Seoni and Morena districts of Madhya Pradesh. This unseasonal activity has reportedly caused damage to the standing crops of Wheat, Chana and Mustard. The states of Punjab, Haryana and Rajasthan are assessing the damage in the affected area. Additionally, the Eastern states of Jharkhand and West Bengal along with Odisha also experienced excess rains with hailstorm at few places.

COVID- 19 has dampened the spirits of Holi celebrations and is a matter of grave concern for India. With 5 more people testing positive from Kerala on Sunday, the total number of confirmed cases has risen to 39. Most of them are having travel history to the endemic countries. The global count has now surpassed one lakh seven thousand.

The prevailing weather conditions in any area are presumed to have strong linkages to the longevity of the virus. There are reasons to believe that such a virus plummets in the summery conditions. Warm and humid weather can make it harder for respiratory droplets to spread the virus. South India has already slipped into pre-monsoon conditions with temp into mid-30s which is considered deadly for the virus. However, the north and eastern parts of our country are still transiting from winter to spring and there on to the pre-monsoon. It’s likely to take a little more time. Untimely and frequent wet spells coupled with hailstorms have extended the cold conditions. And with more rains in the offing, environmental conditions are considered detrimental.

Also, the virus is new and therefore, unknown for its true characteristics and exact conditions for the retreat in the summer months. Even if the virus spread goes slow as the temperature rise that does not mean it will be gone for good. There is a need to remain cautious until its extinction.

The farmers though would like to have benign weather condition till harvest to kindle hopes of bumper crops, but it looks like the weather gods may not be kind enough. Some more weather activity is in store in the next two weeks over North, East and some Central parts of the country. This possibly will make March one of the wettest months in the recent past. The week commencing 9th March is likely to see least weather activity over Gujarat, most parts of Maharashtra and peninsular India.

The state of Haryana and Punjab is already in large access in the first week of March itself. Haryana is in access by 653% and Punjab by 140% in the first week. Now a fresh western disturbance is likely to arrive on 10th March 2020. This weather system will cause widespread rains and thundershowers accompanied by hailstorm lashing many parts of Punjab, Haryana, Rajasthan and Uttar Pradesh between 10th and 14th of March 2020. This activity will be most intense over Punjab and Haryana on 12th and 13th and Uttar Pradesh on 13th and 14th. The rains will be light and isolated in the remaining days of the week. The hilly states will experience fresh rain and snow between 11th and 14th March with intense activity for Jammu and Kashmir, Ladakh and Himachal Pradesh on 12th and 13th March and shifting to Uttarakhand on 14th March. For this region, Skymet issues an alert and caution for the avalanches between 11th and 15th of March 2020.

Absolute mild and isolated weather activity is expected on 9th and 10th March for the entire region. However, 11th onwards and lasting then till the end of week moderate rains and thundershowers are expected for the 3rd week in succession. Intense and violent heavy thunderstorm accompanied with lightning, hail and strong gusty winds are likely on 14th March covering large parts of Bihar, Jharkhand, Sikkim, Sub-Himalayan West Bengal, Assam, Meghalaya and Arunachal Pradesh.

No significant weather activity in terms of rains and thundershowers is expected over the region. Isolated and light rains in the first half of the week likely over Telangana, coastal Andhra Pradesh, south interior Karnataka and Telangana. Rayalaseema, north interior Karnataka and Tamil Nadu will observe dry weather conditions throughout the week, this will lead to rising day temperatures and interiors of Tamil Nadu like Madurai, Trichy, Thanjavur, Salem and Karur may touch 40-degree centigrade towards the second half of the week.

Delhi has already experienced good rains nearly four times of its monthly normal of 15.9 mm, fresh spell of rains and thundershowers is likely of the capital city and neighbourhood between 10 and 13th of March with a possibility of hailstorms in a few areas on 12th March. The day’s maximum and minimum temperatures will hover around 25/26 and 13/15 degrees centigrade respectively.

March is the driest month of the capital city of Tamil Nadu. Hot and humid conditions with partly cloudy skies with no rains expected for the week. Maximum and minimum will be around 35 and 25 respectively.

Footnote:  Any further rains in March beyond the second week will not be beneficial for most crops in North and East India. On the contrary, any hailstorm activity accompanied with strong winds may result in lodging of crops. The severity spread and frequency of rainfall in the coming weeks will decide the extent of damage to the standing crops.