Manali the mountainous and adventure playground of India 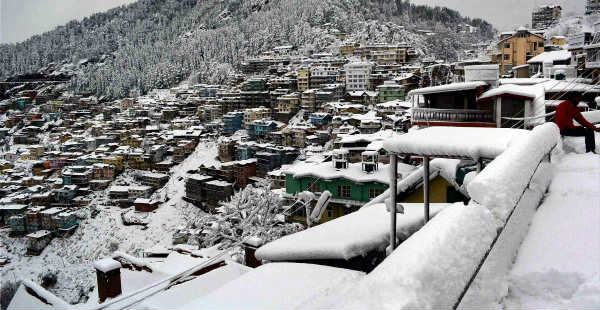 Manali, at the northern end of the Kullu Valley in Himachal Pradesh, is a hill station at a height of 6,398 ft in the Himalayas. Its soothing backdrop of the Himalayas offers a blend of serenity and adventure that makes it one of North India's most popular travel destinations.

With mountain adventures beckoning from all directions, Manali is a year-round magnet. Backpackers are well catered for in parts of Vashisht and Old Manali where numerous agents offer trekking, climbing, rafting and skiing according to season.

The Manali weather plays an important role that falls upon the upsurge of emotions in tourists. Well, one can obviously backpack anytime round the year, but he should be aware of the climatic behavior that dwells as mountains have their own charisma.

Summer in the region starts in the month of March and lasts till June. It is the best time to visit Manali if you want to enjoy paragliding, rafting and mountain sports in Solang Valley. Temperature ranges from 10°C to 25°C and the weather remains pleasurable.

Manali experiences monsoon in the months between July and mid-September. It is not at all the best time to visit Manali as due to heavy rain landslides are very common here.

October to February is the winter season and is considered to be the best time to visit Manali if you like the cold and January is best to enjoy the chilly pleasure of fresh snowfall. The temperature drops down below zero degrees Celsius.

Naturally the best time to visit Manali is after the retreating monsoon. The weather in Manali in September and the Manali weather in October lives on a mild climate when the temperature roves around from a minimum of 10 degree to a maximum of 20 degree.

Dussehra and Hadimba Devi Festival are the two major festivals in Manali that are celebrated with great pomp and enthusiasm. The Dussehra festival in the month of October/November has a lot of local significance and legend and hence the region becomes colourful and lively during this period. The Hadimba Devi Festival is also one of the eye-catching festivals in Manali. People from different part of the state and country especially come during the celebration of this festival and to take part in the big colorful fair which is conducted within the temple complex.

Manali is one of the most frequented hill stations in India. Thus, with a flourishing tourism in Manali, the mighty hill station is well connected by road and other means of transport.

The nearest airport is at Bhuntar, located approximately 50 KM away from Manali. Domestic flights connect Bhuntar with Delhi and Chandigarh. Once at the airport, you can take a pre-paid taxi to Manali. However, owing to weather conditions, flights are not the most reliable option for getting to or out of Manali.

Manali is very well-connected to important tourist destinations like Leh, Shimla, Kullu, Dharamshala and New Delhi by means of a network of state-run as well as private buses. The bus journey from Delhi to Manali is 550 km, and it is advisable to book your tickets in the air-conditioned Volvo coaches, as the buses are more comfortable than ordinary ones, keeping in mind the long distance of the journey.

The drive up to Manali is simply breathtaking! You can catch scenic glimpses of the adjoining mountains and valleys from almost every turn that the twisty uphill road throws you in. Though a lot of tourists prefer a self-drive up to Manali, it is advisable to hire a taxi through reliable travel agents in case you are not comfortable with driving in mountainous regions.