What is a Bomb Cyclone? Here is all you need to know 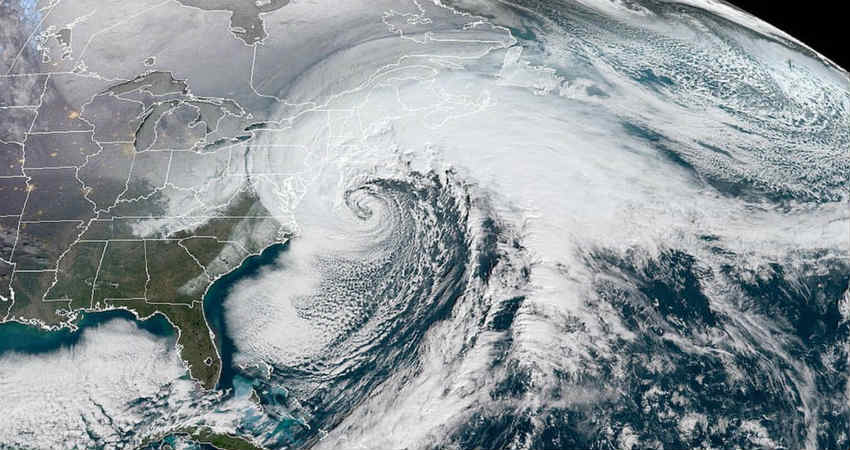 Many parts of the United States have been affected by what meteorologists have been calling a “Bomb Cyclone” affecting the travel plans of the Americans in view of heavy snow, high winds and whiteout on many highways. However, what is a Bomb Cyclone?

A bomb cyclone which is also at times called the bombogenesis is seen when the central barometric pressure of a storm drops by 24 millibars in 24 hours. Also, lower the pressure, the more powerful the storm becomes.

It is a terminology used for intense storms and when the pressure drops, bomb cyclones occur bringing in a lot of snow, high winds and lowered temperatures.

The term Bomb Cyclone is related to intense winter storms and is more prominently used over Canada United states, United Kingdom, and other Scandinavian countries including Norway, Sweden, denmark, basically the countries that lie in the northern latitudes.

These bomb Cyclones need proximity of water and California is in proximity of the East Pacific Ocean. These are not hurricanes, nor do they have any characteristics also but intense snow activities and high winds are accompanied with it. This term Bomb Cyclone is used purely in terms of intensity. When the drop in the pressure is high, and at least 1 millibar is dropped in an hour or more for 24 hours, then the term is used.

In the current case of Bomb Cyclone which has affected parts of US, the rate of drop was more and had reached 970 millibar, against the normal pressure of above 1000.

The severity of these Bomb Cyclones also depends on terrain, i.e., whenever, the terrain is unfavourable or moisture is not present, and temperatures are not sustainable, these bomb cyclones tend to decay. When it moves to warmer temperatures, its energy is stripped off it, and the decay begins. As long as it remains in cold weather conditions, it continues to strengthen.

Though, it is a little early in the season to see a Bomb Cyclone as it is usually seen in the harsher winter months. The term Bomb Cyclone is synonymous with every winter season and if weather experts are to be believed, the worst is yet to come. Thick of the winters are not here yet, which will bring in more such Bomb cyclones to these parts.