Another two to three days of Monsoon rains in Patna, Araria, Gaya, Ranchi and Jamshedpur 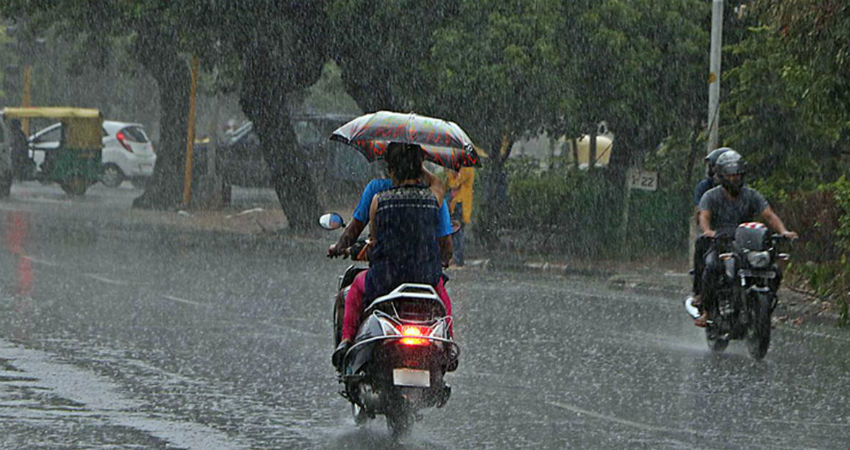 The rainfall activities have significantly increased in Bihar and Jharkhand. And during the last 24 hours, light to moderate rain and thundershower activities were recorded in many parts of these states. This trend is likely to continue and places like Patna, Araria, Purnea, Gaya, Ranchi, and Jamshedpur will experience more Monsoon showers for another two to three days.

In a span of 24 hours from 8:30 am on Saturday, Bhagalpur has recorded 38.2 mm of rainfall, followed by Farbesganj 11 mm and Muzaffarpur 26.6 mm. While traces of rains were observed in parts of Jharkhand.

At present, the eastern end of the axis of Monsoon Trough is passing through the central parts of Jharkhand up to Mizoram. This Trough is likely to shift northwards, thus increasing the rainfall activities over the entire Bihar and North Jharkhand.

Due to this system, moderate rain and thundershower activities would be seen in many parts of the states coupled with isolated heavy showers.

Meanwhile, the southern parts of Jharkhand will experience moist winds from the Bay of Bengal. These winds would bring in short spells of light rain in some parts of the region during the next 48 hours.

The temperatures would subside due to clouding and subsequent rainfall activities. However, the humidity will increase and the day would be on the little warmer side.

Both Bihar and Jharkhand are at present rain deficient, wherein Bihar is deficient by 23% and 30% respectively, as per the rainfall data between June 1 and September 14.