UP, Punjab, Haryana, Delhi to bid rainy farewell to April 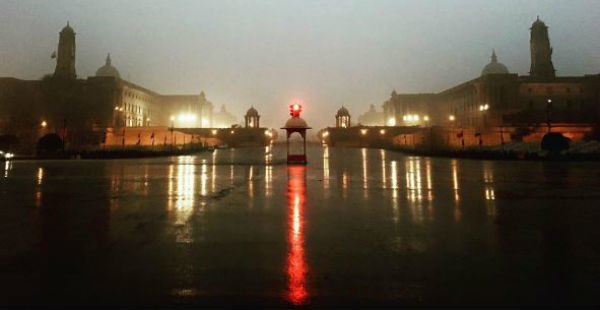 Summers are a tough time for any Indian. The only saving grace is the pre-Monsoon rainfall that brings much needed relief. And at present, it is the northwest India wherein places like Punjab, Haryana, North Rajasthan, Delhi and North Madhya Pradesh and West Uttar Pradesh are witnessing good rain and thundershower activity.

The first spell of good rain and thundershower spell was observed over region on April 22. Thereafter on and off spell of rainfall was seen across the region from April 25. Since last many days, southwesterly winds are bringing in moisture over Northwestern plains. These winds are coming in from Arabian Sea.

Live status of Lightning and thunder

Thanks to the prevailing Western Disturbance over the hills of North India and its induced cyclonic circulation over Central Pakistan, a trough is seen from this circulation up to West Uttar Pradesh.

This trough oscillates between north and south; and is gaining strength gradually.

Around April 29-30, the prominent trough will give more rainfall over the region. The spread and intensity of rainfall will increase. Places like Delhi-NCR, East Rajasthan and Haryana will get few spells of intense showers.

This rainfall activity is going to last till May 1. Thereafter, the rainfall will decrease and temperatures will rise. But till then, rainfall will make the weather somewhat pleasant over northwest plains of India.