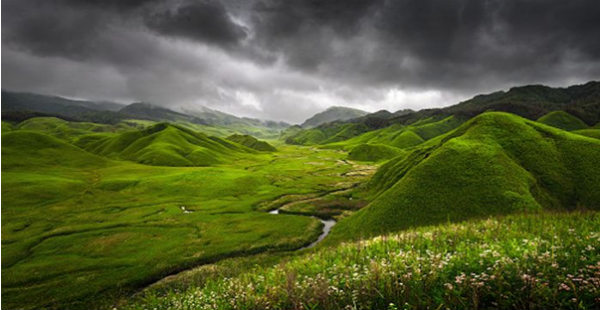 As had been earlier predicted by Skymet Weather, Northeast India has been receiving light to moderate rains since the last 48 hours now. The area otherwise was witnessing dry weather for the last few days.

The reason for these rains is the remnants of a Western Disturbance that have traveled all the way from the Western Himalayas. Also, a Cyclonic Circulation has developed over East Assam. Not just these two systems but an Anti-Cyclone formed in the North Bay of Bengal is also leading to moisture incursion over these areas.

The combined effect of these systems has already and will further lead to moderate rains with one or two heavy spells over the seven sisters including the states of Assam, Arunachal Pradesh, Meghalaya, Manipur, Mizoram, Sikkim, Nagaland and Tripura. These rains are forecast to last until April 3, Wednesday. These rains might at times be accompanied with thunderstorms and lightning with slight chances of hailstorm.

This weather will only bring about a sigh of relief for the residents as the entire region has only remained highly rain deficient so far. These rains might however will bring the deficiency figures to a good extent.

Northeast India on an average receives good rainfall in the month of March. This average figure only increases and almost doubles for the month of April when the states receive good pre-monsoon activities.