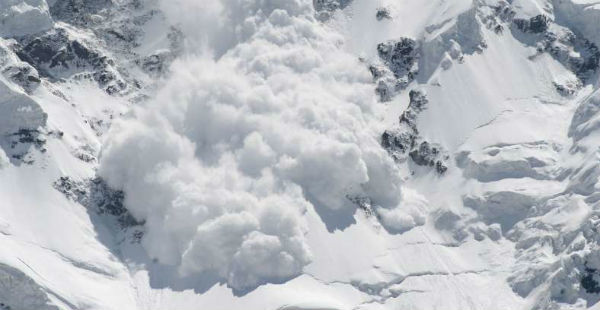 The French word ‘Avalanche’ means ‘snow slide’. It also known as one of the most dangerous events which causes major loss to property and life. Generally, avalanches occur due to consecutive events of excessive snowfall and days of observing sub-zero minimum temperatures.

Starting right from North America & Canada region to further in Europe and then Asia, Avalanches are a common event in the Northern Hemispheres. Similarly, in India also all the three hilly states of North India i.e. Jammu and Kashmir, Himachal Pradesh and Uttarakhand are prone to occurrence of Avalanche.

The main reason why Avalanches occur is that, at the point when snowfall occurs, it traps some air alongside it. Moreover, it rarely has any solid grip with the surface on which it falls. As increasingly more snow falls on the seasoned snow, this continues piling and at one moment the grasp can hold no more, the snow-stack collapses under its own weight prompting an Avalanche.

Since the last many days, in wake of back to back approaching Western Disturbances, on and off rain and snowfall activities are going on over the hills of North India especially Jammu and Kashmir. Meanwhile, weather activities are comparatively less in Himachal Pradesh and Uttarakhand.

However, now in the coming days, from January 20 to 25, in wake of an active Western Disturbance likely to approach the Western Himalayas, an extended, prolonged and widespread spell of rain and snow is expected over all the three hilly states of North India.

Thus, it is also predicted that due to such excessive snowfall activity, Avalanche may occur over the northern hills. All the residents and tourists are advised to take precautions beforehand to avoid any sort of mishap. Red alert has been given out for Jammu and Kashmir as it might be the most affected region followed by orange alert for Himachal Pradesh and Uttarakhand.