Bahraich breaks records, receives more than 50 percent of its monthly average rain in a day 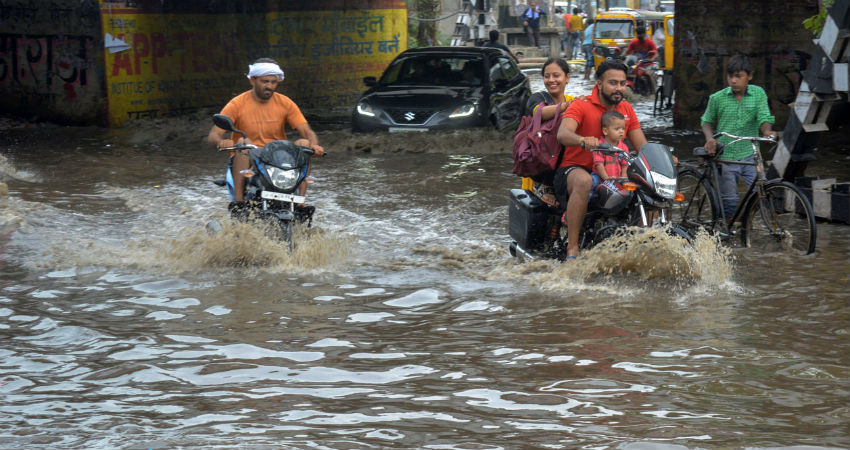 Bahraich recorded 202 mm of rains in the last 24 hours, which is the highest rainfall recorded in the city in the last decade. With this spell of rain, the city has already observed 50% more than the monthly average of 332 in a span of 24 hours.

Until now i.e. till July 10, Bahraich has already surpassed its monthly average as it has received 344mm of rains.

Now, we expect the Trough which is passing through Uttar Pradesh and the Well-Marked Low-Pressure Area to shift northwards over the foothills. The Well-Marked Low Pressure will also move in Northwesterly direction. Therefore, we expect heavy to very heavy rains to continue over the foothills of Uttar Pradesh including Bahraich. Chances are bright that Bahraich might even record twice the monthly normal rains in the coming days. These good rains are expected to continue until July 15.

Due to torrential rains, chances of flooding are very high. Bahraich is located near the Sarayu river which is a tributary of the Ghagra river. These rivers originate at Nepal which is also receiving heavy rainfall at present. This might lead to heavy flooding back at the basin area.