Bihar and Jharkhand to get hefty Monsoon showers in next 24 hrs, flood like situation also expected 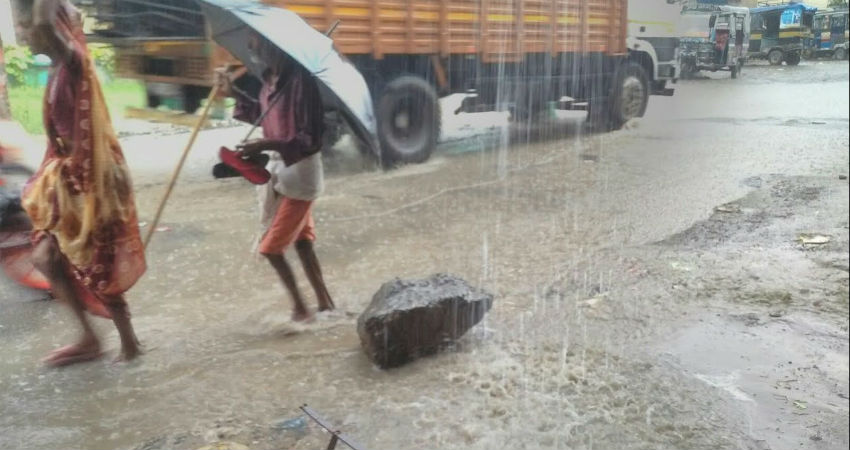 As predicted by Skymet Weather, the intensity of rain has significantly increased over the parts of Bihar and Jharkhand. In the last 24 hours, many parts of the state received moderate to heavy Monsoon showers. As the present systems will become more prominent now, rainfall activities will increase and heavy showers will lash Bihar and Jharkhand during the coming days. The foothills of Bihar may even experience a flood-like situation during this period.

According to Skymet Weather, a Cyclonic Circulation is over East Uttar Pradesh. Another Cyclonic Circulation is lying over Jharkhand and West Bengal. A Trough is also extending from Punjab up to Arunachal Pradesh across Bihar and Jharkhand. In the wake of these weather systems, moderate rains with a few heavy spells will lash the parts of Bihar and Jharkhand for the next 24 hours.

Particularly, places like Supaul, Purnia, Araria, Patna, Gaya, Katihar, Aurangabad, Rohtas, Bhojpur, Begusarai, Munger, Nalanda, Buxar, etc are likely to get heavy to very heavy Monsoon rains in the next 24 hours. Moreover, due to heavy rains, the flood-like situation is likely along the foothills of Bihar.

Further, these heavy showers would be observed over Bihar until July 11. Similarly, the state of Jharkhand would get to see moderate to heavy showers for the next few days. Thereafter, rains will taper over the southern parts of the states and continue with light to moderate in intensity only.

For both the states, this will be the first long spell since the arrival of Monsoon here and now we expect the duo states to observe more rainy days in the near future. The good news is the rain deficiency would go down to a great extent.