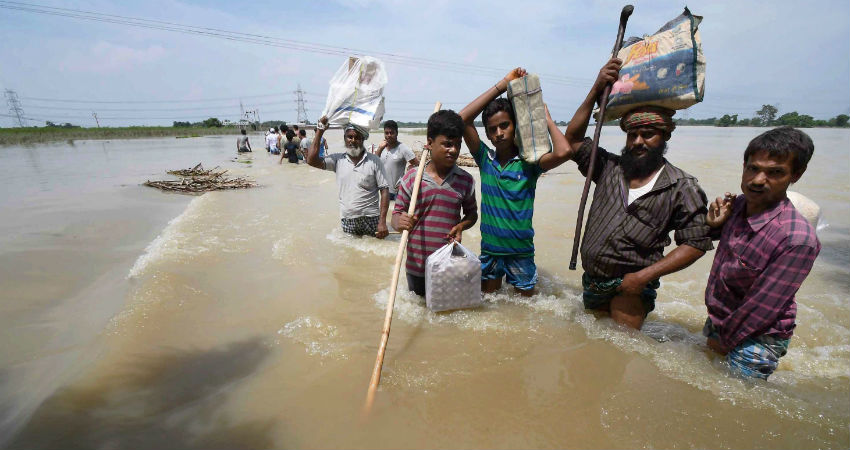 Heavy to very heavy rains in parts of Bihar during the last 24 hours have thrown normal life out of gear. Places like Patna, Gaya, and Bhagalpur are worst affected.

According to the rainfall data available with Skymet, Patna has recorded 140 mm of rainfall, followed by Gaya 88 mm and Bhagalpur 87 mm in a span of 21 hours until 5:30 am today.

Flooding waters have gushed into houses, offices, and shops and one can only see destruction everywhere.

Major Localities like Dak Bungalow, Rajendra Nagar, and Exhibition Road have been waterlogged and many other areas have been also submerged. Streets, hospital and educational institutions are all flooded.

The capital city of Patna has been witnessing rains for the last two days. The water levels have risen in most of the major rivers including Ganga and Burhi Gandak.

The municipal corporation has been put on a high alert following heavy rains in Patna and many other cities.

The locals are advised to exercise caution and be ready for a similar situation before it gets grim. The NDRF teams have already been kept on hold in the region.

According to a report by the disaster management, nearly 23 districts in the state are flooded with water in the majority of rivers flowing above the danger mark. In the wake of heavy rains, schools have been ordered to remain shut.

The meteorologists at Skymet have predicted more heavy rains over the state during the next 24 hours. Flooding rains are likely in many parts of the state today.

By tomorrow, rains would recede a bit from some parts and the situation is likely to improve, however, places in Northeast Bihar such as Bhagalpur, Purnea, Kishanganj, and Supaul would find no relief from moderate to heavy rains for another two days.