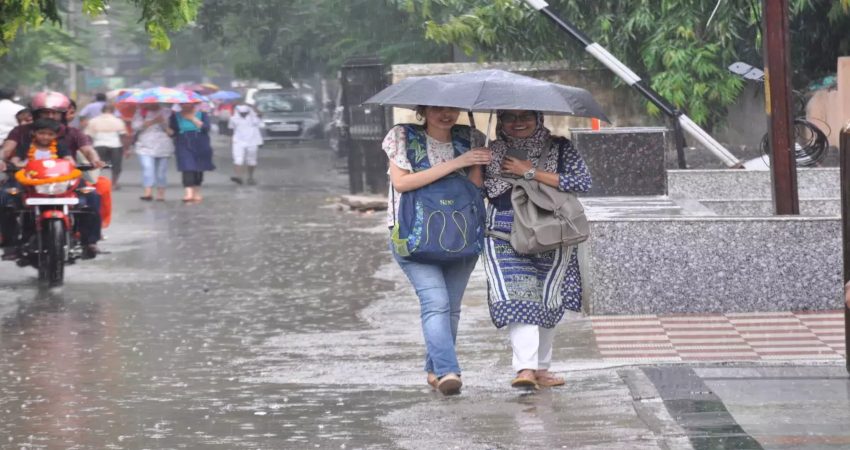 The eastern parts of the country, particularly Bihar, Jharkhand, West Bengal, and East Uttar Pradesh have been recording scattered rains and thundershowers in the last 24 hours.

At present, a Trough is extending from Punjab up to Bihar across East Uttar Pradesh. In the presence of this weather system, we expect scattered rains and thundershowers to continue at a few places in Jharkhand and Odisha today.

From tomorrow morning onward, the intensity of rainfall activities will start increasing in the eastern parts of Uttar Pradesh. Tomorrow, from the late afternoon hours, many places in West Bengal are expected to observe rains and thundershowers.

Thereafter i.e. on March 14 also, many parts of Bihar, Jharkhand, and Odisha may also experience good rains and thundershowers.

These rainfall activities will be associated with strong gusty winds along with lightning strikes that are expected to be seen at many places in Jharkhand, Odisha, and West Bengal.

Although, the typical Pre-Monsoon activities also known as Nor'westers or the Kalbaisakhi are not expected to commence as of now.

Though the spell of rains is considered to be good for crops, lightning strikes and strong gusty winds may damage the ongoing crops to some extent.

On March 15, the rainfall activities will start reducing from Uttar Pradesh and Bihar. But, isolated pockets of South Bihar, Jharkhand, and Interior Odisha will continue to get on and off spells of rains. In the wake of this wet spell, the temperatures will also fall further by 3 to 5 degrees.

On March 16, in the absence of any significant weather activity, the temperatures will start rising once again.