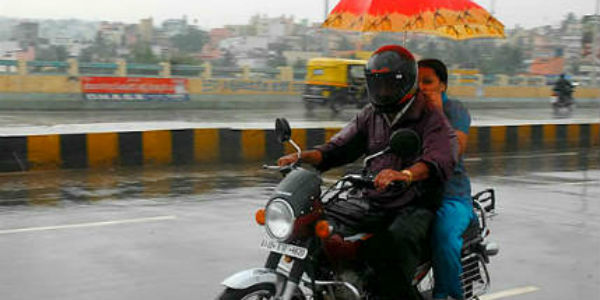 Many parts of Chhattisgarh have recorded good amount of rainfall in the past 24 hours. It looks like that rains gods have bestowed over eastern parts of the country, particularly Jharkhand, Chhattisgarh and Odisha. Most parts of these states are witnessing extremely good rain and thundershowers activities.

In a span of 24 hours from 08:30 am on Wednesday, Rajnandgaon recorded 28 mm of rainfall, followed by Pendra at 23 mm, Ambikapur 11 mm, Bilaspur 5 mm, Durg and Jagdalpur 1 mm of light showers.

Heavy to very heavy rains have been observed in many parts of the state in the past a few days. To the extent that these showers led to inundation of low-lying areas, due to which normal life comes to halt.

Bastar district of Chhattisgarh has been severely affected by the flood. As a result, more than 3 dozen villages have been evacuated. Relief and rescue work has been initiated by the state government. 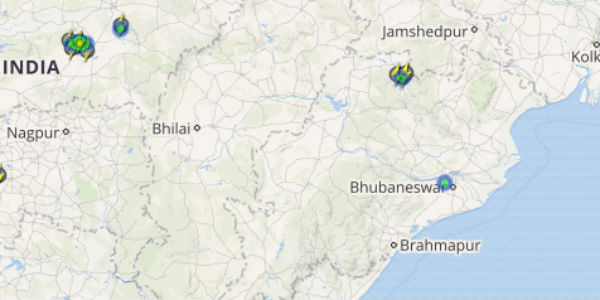 The reason for these rains can be attributed to the low pressure that lies over East Madhya Pradesh. Moreover, the axis of Monsoon trough is also passing north of the state.

As per weathermen at Skymet Weather, the rainfall activity is likely to decrease over the southern parts, however light rain will continue over the region.

Weather on Twitter
From the last two to three days, #Delhipollution was in 'poor' to 'very poor' category. While isolated pockets were… t.co/vifXzLBIIv
By the evening of February 21, we expect South and Coastal Tamil Nadu to see scattered rain and thundershower activ… t.co/ohJbRzfpu3
#Marathi: जम्मू-काश्मीर, लडाख आणि उत्तराखंडमध्ये विखुरलेला पाऊस आणि हिमवादळ होण्याची शक्यता आहे. मध्य प्रदेश, छत्ती… t.co/JeDiVvvuPo
The hills of North India have once again started to see some weather activities as a fresh Western Disturbance is o… t.co/BIvGEmcfL9
Rains lie ahead for #Delhi by the night of February 20. Mumbai will see a warm and humid day. Meanwhile, Hyderabad,… t.co/sdyJq5wltI
RT @OmnivoreFund: #Budget2020: “Given that @SkymetWeather has predicted that the coming wheat crop is going to be one of the best in many y…
#WeatherForecast for #Nagaland from February 19 to 25 t.co/qYDzowbVco
20 फरवरी को जम्मू-कश्मीर, लद्दाख, हिमाचल प्रदेश और #Uttarakhand में हल्की बारिश और बर्फबारी शुरू होने की संभावना है… t.co/UsSWWZV84i
जम्मू-कश्मीर, हिमाचल प्रदेश और लद्दाख तथा उत्तराखंड में लंबे समय बाद अच्छी वर्षा और बर्फबारी होने के संकेत मिल रहे… t.co/pidJC68pIA
It is recommended to drink six to eight glasses of water a day when the temperatures start rising. But, we often fo… t.co/vwac0Yv2yf
Follow us @skymetweather

Tanneries in Kanpur closed until next order by Pollution Control Board