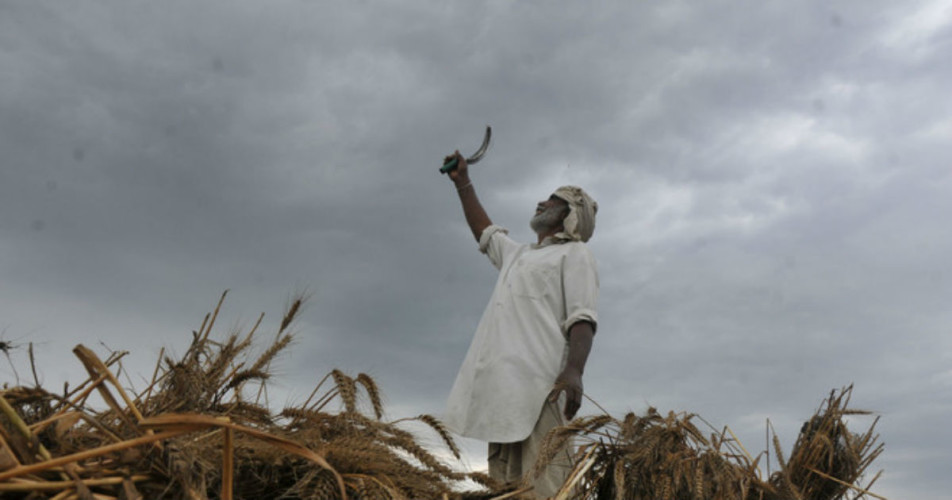 Agriculture in India consumes almost 80% of water. The amount of water required for agriculture majorly depends on the Monsoon season, that lasts for three to four months. Not only good amount of rainfall is important for crops, but also for supporting livelihood of millions of farmers.

However, Climate Change is making the situation deadlier. There is a simple logic behind this. Warmer air holds more water. This implies huge amount of water is required in the air for giving more rains. However, in the recent past, climate change has resulted in longer droughts and frequent floods.

The situation has become massive. Based on a steady Monsoon, South Asian farmers has adopted fairly settled patterns for thousands of years now. We cannot deny the fact, that floods and droughts existed in the past too, however, their frequency has touched a new height in the recent past.

The major reasons for crop failure are excessive or shortage of rain, or sometimes even no rains. When this situation arrives, farmers are left with no choice but to sell their labour at the best price they can negotiate, putting their livelihoods at stake. The situation would have been easier if they had a choice to choose some other job.

The exploitation of a poor farmer in a remote village or a town is not a new thing. They have been facing this for years now. On daily basis, we come across news of a farmer committing suicide. We all are well aware of thousands of farmer suicides.

Those in small towns or villages remain deprived of the opportunity to live their lives on their own lands with utmost dignity. The major reasons are mismanagement of hydro power projects, lesser known environmental clearances and the least input from the community and the society. All these reasons have resulted in frequent landslides disrupting roads and taking away the lives of those who are actually paying the price of ever changing weather scenario.

The situation could be resolved only when communities come together to solve problems related to Climate Change. It is not that no steps have been taken so far to solve this distress, for instance the revival of small check dams in Bundelkhand to overcome the situation of drought, or the young women in the villages of West Bengal using ducks to clear rice fields of weeds and pests. However, more efforts are needed to tackle this situation.

Ongoing conditions clearly imply that development should not only remain confined to metro cities but it should also reach out to those villages or towns who are actually in need of it.