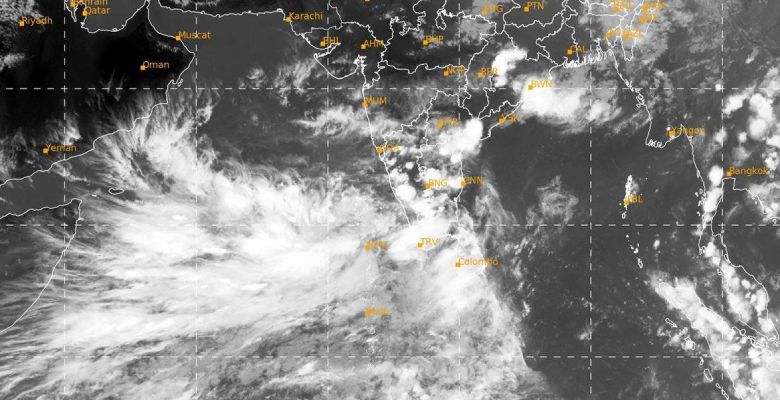 The tropical cyclone season has no bounds in the North Indian Ocean. This includes the Bay of Bengal and the Arabian Sea and precariously it has two peaks of activity. The first peak is in May during the pre-monsoon season and the second one in Oct-Nov, the post-monsoon period. Since 1999, a total of 17 storms formed in May, 23 in October, and 20 in November over the Indian Seas. No cyclones formed during the pre-monsoon season in 2005, 2011 and 2012.

Most storms forming in the Arabian Sea track westward to strike Somalia, Yemen, and Oman. Very few cyclones recurve over the Central Arabian Sea to reach Gujarat Coast. The last storm to reach close to the Gujarat coast in the month of May was ARB 01 in 2001( May 21-May 28). This was an extremely severe cyclone that developed on the Somalia coast on 22nd May 2001. This was the strongest storm in the Arabian Sea with a wind speed of 215kmh. It was later surpassed by Super Cyclone Gonu in 2007. The last cyclone ARB 01 weakened far short of the Gujarat coast in the North Arabian Sea and only the remnant cyclonic circulation affected state weather.

No storm in May has followed the track likely to be traced by cyclone Tauktae. Originating in the Lakshadweep Sea, the cyclone will persist in the Southeast Arabian Sea off Kerala and Karnataka coast. The storm will move nearly parallel to the coast till abeam Panjim (Goa) and then steer towards the Gujarat coast. The coastline between Bhavnagar and Porbandar will become the strike area. The track in all probabilities will be unparalleled in the history of the last few decades. The second-best track of this kind was observed by a Severe Cyclonic Storm during 04 May - 07 May 2004. This cyclone ARB 01 developed off North Kerala and Karnataka coast in the Arabian Sea. It meandered off Karnataka and Goa for 3 days due to poor steering current and finally, the increased wind shear, cooler water, and dry air led to its dissipation over the open sea.

Cyclone Tauktae is expected to develop in the next 24 hours and likely to intensify further to a severe cyclonic storm. As long as the weather system does not enter the land, it will stand a chance to strengthen further. The probability is high for the storm to become very severe which is packed with winds of the order of 118-165kmh. Strong winds and copious rains is a deadly combination to bring catastrophic damage over a vast area. Kerala, Karnataka, Goa, Maharashtra, Daman & Diu and Gujarat need to be on high alert and prepare for the challenge of cyclone Tauktae.