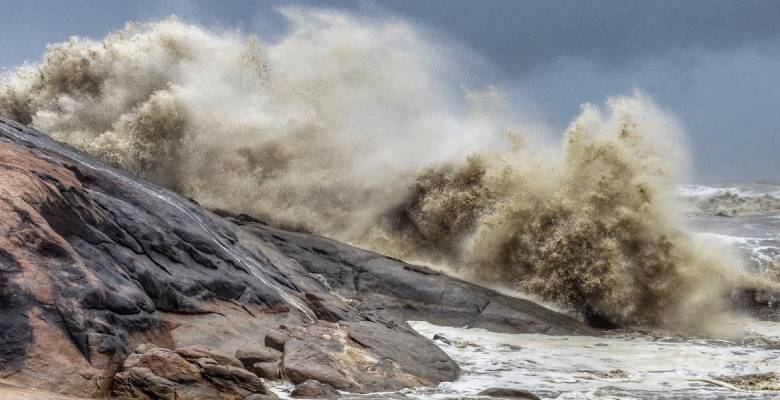 During the last 10 years, between 2011 and 2020, a total of 6 cyclones have formed over the Bay of Bengal in the pre-monsoon season. A maximum tally of 2 came up in 2017, the only year during the decade. On half of the occasions, no storm formed over the basin. 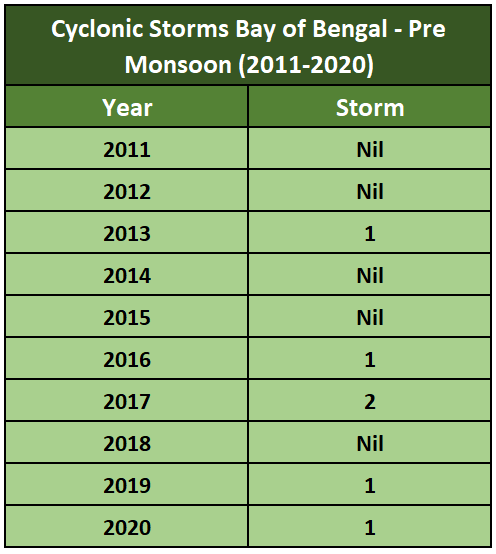 All the storms during the pre-monsoon season over the Bay of Bengal between 2011 and 2018 struck Myanmar or Bangladesh. Also, the 4 cyclones during this period gained intensity of either cyclonic storm (3) or severe cyclonic storm (1). However in 2019 and 2020, not only the storms struck India, but these also became ferocious. Fani in 2019 was an Extremely Severe Cyclonic Storm striking Odisha and Amphan was a Super Cyclone hitting West Bengal. The life cycle of these 2 cyclones also was longer than the others. While Fani traveled over the ocean for 7days (27 Apr - 03 May), Amphan though more fierce lasted for 5 days (16 May - 20 May).

2021 will be the 3rd successive year for the Indian coast to bear the fury of yet another storm Yaas. The cyclone is brewing over the East Central Bay of Bengal spewing copious rains and gale winds. The storm will upgrade to Very Severe Cyclonic Yaas in less than 24 hours by tomorrow early morning with possible gusty winds in excess of 150kmh. The storm will fast approach the coastline and therefore may fall short of becoming an Extremely Severe Cyclonic Storm which is packed with winds in excess of 166kmh and going up to 220kmh.

Storm Yaas will possibly go on record to become the fastest growing cyclone in the shortest possible time of about 48 hours. In terms of its damaging potential, the storm will compete with Fani and Amphan. All security measures and precautions need to be in place to minimize loss of assets and achieve zero casualty goals. Evacuation to safe shelters of the vulnerable populace is the key to achieve this milestone.