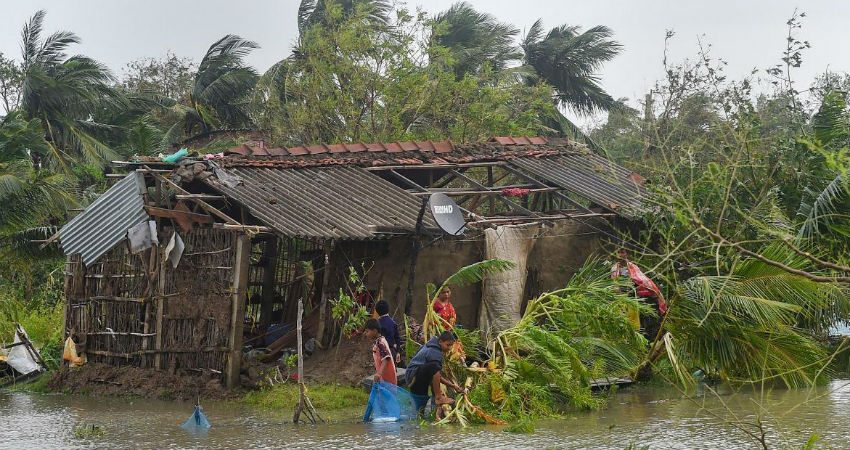 The deadly Cyclone Bulbul has taken the lives of twenty people while displaced two million others after hitting the coast of India and Bangladesh on Saturday night. The storm had brought torrential rains and strong winds gusting to 120 kmph along with it.

According to the latest data available, in West Bengal, ten people were killed including those two who lost their lives after uprooted trees fell on their homes and another after being struck by falling branches in the capital city of Kolkata.

Eight people have been reported dead in Bangladesh so far, of which five lost their lives due to falling trees. Fallen trees have also injured at least 20 people until now.

‘Bulbul’ has resulted in large scale damage, destructing 4,000 mud and tin houses, as per the data available by the disaster management department.

The coastal district of Khulna had to bear the maximum brunt. Several trees were uprooted and many low lying areas were flooded, thus blocking several roads. Boat services were canceled following which around 1,500 tourists were stranded on St Martin’s island off south-eastern Bangladesh.

Not only West Bengal but Odisha in India had also faced the devastation as many crops in the coastal areas of the state were completely damaged.

Heavy rains for Uttarakhand, first Monsoon spell for the state