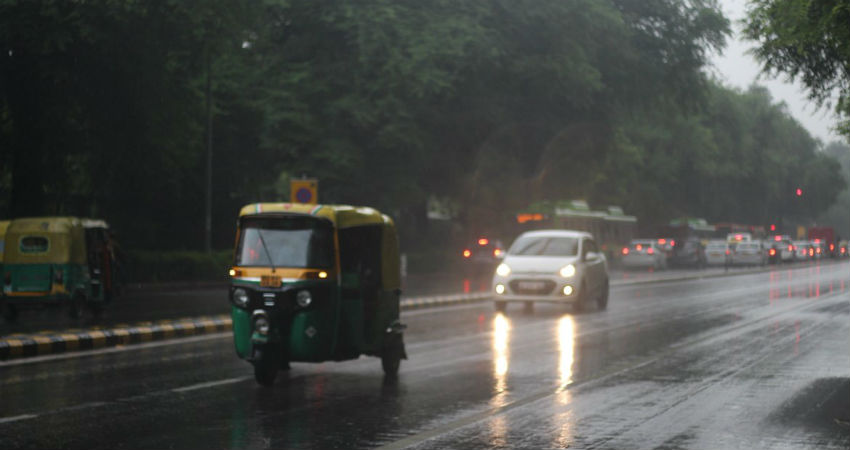 After a break, Delhi rains are all to revive once again. According to Skymet Weather, a rainy week lies ahead, with rains peaking around August 14 and 15.

Weather in Delhi has remained absolutely dry during the last 24 hours. With this there has been rise in the maximum temperatures as well. However, persistent clouding had also kept the humidity levels high, leading to uncomfortable weather conditions.

Now, a feeble Western Disturbance is marked over North Jammu and Kashmir. In addition to this, the western end of the Monsoon trough which at present is running through South Rajasthan and Gujarat, would be oscillating northwards.

With trough running close to Delhi, rains would once again revive. There would be patchy rains for the next 48 hours. Thus, till that time, Delhiites would have to battle warm and humid weather.

Intensity of rains would increase midweek around August 14 as by then the trough would have been running north of Delhi.

During this time, moderate rains with one or two intense spells are likely to lash the national capital and adjoining areas of Noida, Gurugram and Faridabad. Rains would also lead to a drop in temperatures which by then would be settling in the mid-30s.