Delhi pollution not likely to rise despite massive crop burning 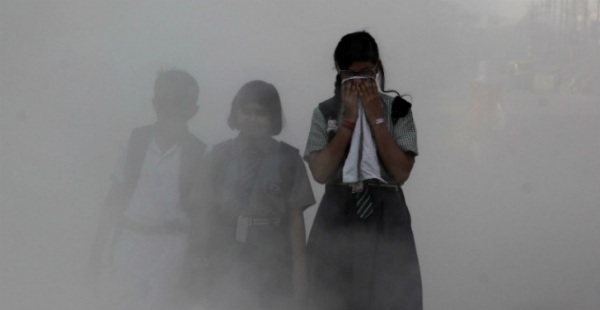 The recent revelations by NASA related to massive crop residue burnings in parts of North India, primarily in Punjab and Haryana came out as a worrisome situation for Delhi. NASA’s FIRM web fire mapper has exposed few images that show a massive upsurge in the number of fires that out broke between April 25 and May 3 despite a ban by NGT (National Green Tribunal).

This mainly raised an alarm for the national capital and brought back the unforgettable memories of the smog-filled last year that haunted Delhi and adjoining regions. Apart from the smoke emitted by factories and vehicles, burning of fossil fuels, the pollution levels rose in the capital of country due to poor air quality and crop burning smoke in the adjoining states in 2016. This had led to smog that engulfed the capital of the country.

This year too, a massive upsurge in the residue burnings has been noticed by NASA and thus is considered to be a major health concern. However, even after the images came out, experts claim that the situation will not likely to deteriorate. This is mainly due to the prevailing wind pattern.

As per Skymet Weather, at present, the ongoing wind patterns will not permit the pollution particulates to converge into the city. Thus, unlike the smog-filled last year, Delhi will be comparatively low in terms of pollution levels this year.

Moreover, the on and off pre-Monsoon showers are also acting as a messenger of god for Delhi and NCR. It is due to these rainy spells that the pollutants get carried away and does not settle over the region which is the current scenario. The air quality this year is also comparatively better as compared with last years.

Furthermore, these on and off rains are likely to continue during the month of May and hence, chances of Delhi being enveloped with a thick layer of pollution is pretty less.

The national capital is already infamous for its severe pollution levels and it was thought that the current crop burnings will worsen the situation. As per the World Health Organization (WHO), Delhi charts on 11th in the top polluted cities across the globe while it is on the first mat in the list of ten top most polluted cities in India.