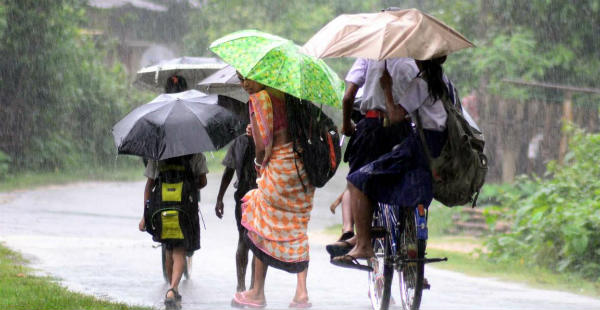 The seven sister states of the country have been witnessing scanty rainfall this Monsoon season, right from the commencement till date. That is why, Northeast India, which is the major contributor in countrywide rainfall, is highly ran deficit to the tune of 27%.

Now, the season is officially going to come to an end on September 30. This region of the country is the last post for the Monsoon to bid adieu.

Thereafter, merely any rain was reported during the last two days over the region. This is because when any weather system develops in Bay of Bengal, that takes away all the moisture from the region, leading to decrease in rainfall. Similar weather situation is prevailing over the region, with which dry weather would persist over the region for the next 48 hours.

According to Skymet Weather, a cyclonic circulation is seen getting more organised in North Bay of Bengal, which is expected to intensify into a low pressure area by September 20. It may even further strengthen into a depression and cross the coast of Odisha. So as the system moves away, light rains may begin over the northeastern states again.

As per weathermen, light rains are expected in Mizoram, Manipur and Tripura during the next 24 hours. Thereafter, 48 hours later, fairly widespread rain and thundershowers with moderate spells and few isolated heavy falls likely over the region particularly over Assam,  Meghalaya and Arunachal Pradesh.