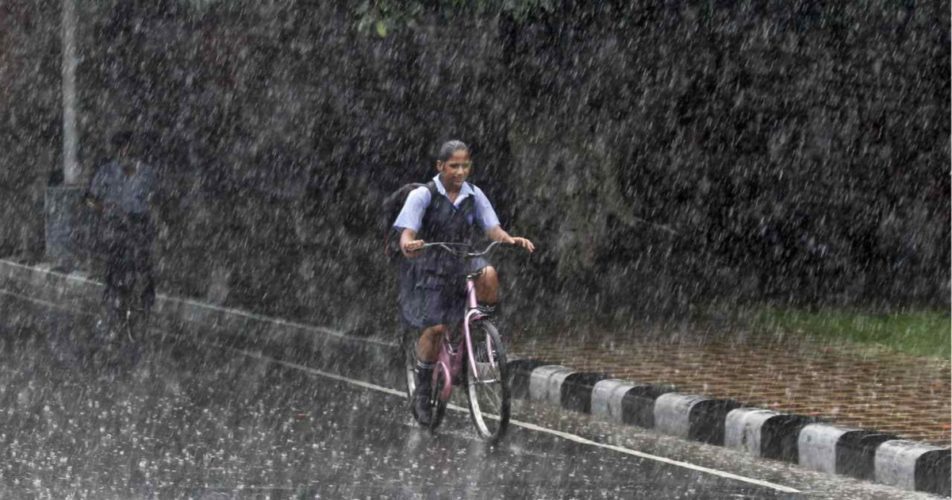 Most parts of Northwest India have been reeling under heat and dry weather conditions for the last many days. However, the state of Punjab was lucky enough to record some isolated showers, while traces of rain have been recorded in Churu in Rajasthan during the last 24 hours.

According to Skymet Weather, conditions are again becoming favourable for rains in the northwestern parts of the country. This is because a fresh Western Disturbance has approached the Western Himalayas. Its induced Cyclonic Circulation is over Central Pakistan and adjoining Northwest Rajasthan as well as Punjab and Haryana. In addition to these systems, humid winds from the Bay of Bengal are feeding moisture to the region.

With the combined effect, scattered rain and thundershower activities are expected over Punjab, while there is a possibility of isolated dust storm followed by light rains in North Rajasthan, Haryana and Delhi and NCR area. Already, isolated rains have commenced over parts of Rajasthan.

These on and off pre Monsoon activities will continue until tomorrow. Thereafter, rains
will taper in the region.

Thus, due to different weather systems, moisture feeding winds and high temperatures, thunderclouds are expected to develop, which will help in giving rains during the next 24 hours.

In the wake of these activities, temperatures will drop further. Already, a marginal drop in the maximum has resulted in the abatement of heat wave conditions from parts of Punjab and Haryana as well as Delhi and NCR area.

Due to the upcoming spell of rain and dust storm, heat wave to severe heat wave conditions, that are still prevailing in most parts of North Rajasthan would abate. The temperatures in Sri Ganganagar, Churu and Hanumangarh will fall by 1℃ to 2℃, however, these pockets would not get immediate relief from heat wave conditions.