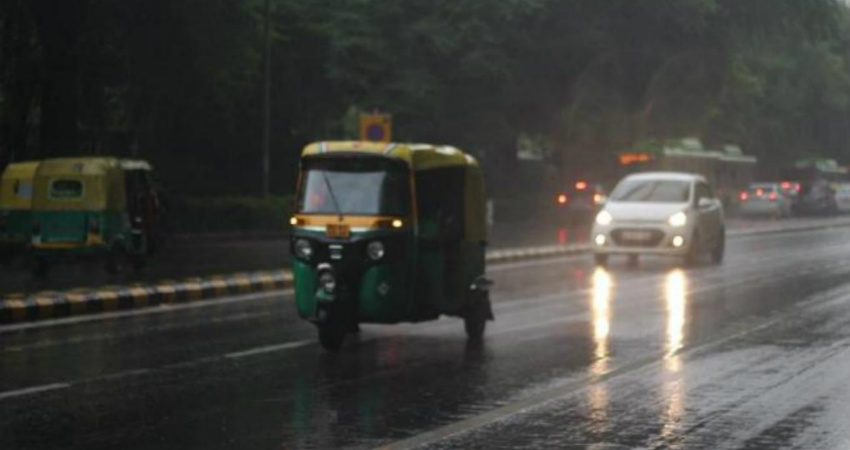 The Northwestern plains of the country during the second half of July witnessed good rains. Hence, the rain deficiency has come down to 9% helping Punjab to come in the normal category (+/- 19 considered normal).

While Haryana is rain deficient by 23%, Delhi by 29% and West Uttar Pradesh is in the normal category but is short by 19%.

The Monsoon rains have now decreased over Punjab, Haryana, Delhi and West Uttar Pradesh for the last two days as the axis of Monsoon Trough has shifted southward and at present is passing through South Rajasthan and South Madhya Pradesh.

Although, isolated pockets of Haryana and North Rajasthan like Sri Ganganagar, Hanumangarh and Hisar have recorded moderate showers. While Monsoon remained subdued over rest places with isolated rain activities only.

The axis of Monsoon Trough will once again shift towards North and then rains will again revive over the northwestern plains of the country by July 31. We can expect light to moderate rains with one or two heavy spells over north and eastern parts of Rajasthan, West Uttar Pradesh, parts of Punjab and Haryana. Delhi might also see few moderate spells of rain and thundershowers with isolated intense short spells between July 31 to August 3. Similar weather will be seen over the rest northwestern plains of the country.

As per our experts, sporadic rains will continue until July 5 or July 6 over Northwest India, with decreased intensity but the weather will be cloudy and temperatures will be comfortable.

Hence, we can say that the first week of August will be a rainy and a comfortable one for the plains of North India.