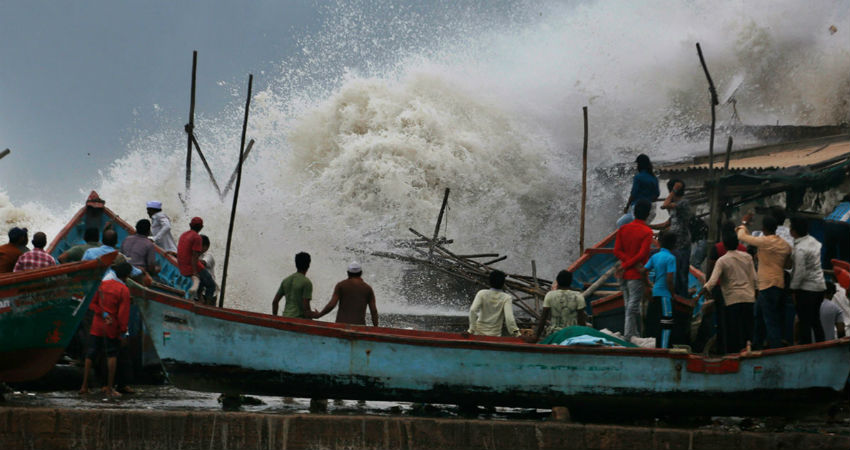 After following this path, Cyclone Maha is likely to cross Gujarat Coast somewhere between Diu and Porbandar, most probably by November 7. It would maintain the speed of 80-90 kmph, gusting up to 100 kmph, while crossing the region.

As a result, light to moderate rains along with a few to very heavy spells are likely in the region of Saurashtra and Gujarat on November 6. In fact, scattered light rain would commence from November 5 only, which would gradually increase by the time. Places like Junagarh, Gir Somnath, Amreli, Bhavnagar, Surat, Bharuch, Anand, Ahmedabad, Botad, Porbandar, Rajkot would be the ones to witness these activities. Meanwhile, isolated heavy to very heavy spells are likely to lash Bhavnagar, Surat, Bharuch, Anand, Ahmedabad, Botad, Vadodara on November 7. These rainfall activities would be accompanied by squally winds, likely to blow with the speed of 40-50 kmph gusting to 60 kmph.

The effect of Cyclone Maha would also be seen in the form of light to moderate rain along with isolated heavy spells in North Madhya Maharashtra and the North Konkan region on November 6 and 7. From the morning of November 6, squally winds of 40-50 kmph gusting to 60 kmph are likely to blow along and off Maharashtra Coast.

In the meantime, the sea conditions are expected to remain rough to very rough along and off Gujarat and North Maharashtra Coast and hence fishermen are advised not to venture into the sea from November 5 to 7.