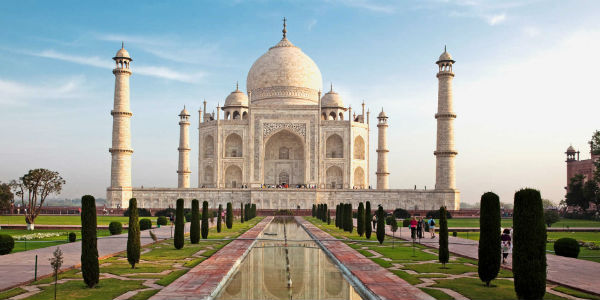 During the month of January, dense to very dense fog had remained far away from many parts of the country. Only a few pockets had been seeing the visibility dropping to nil.

However, January 26 onward, dense to very dense fog once again made a comeback over most parts of Indo Gangetic Plains including Punjab, Haryana, Delhi, North Rajasthan, Uttar Pradesh and Bihar.

Now, due to the strengthening of lower level winds, the fog has once again reduced from most parts of the country. However, many parts of Bihar and foothills of Uttar Pradesh continued to witness dense to very dense fog today morning.

This prevailing fog over North and East India were responsible for the presence of cold day conditions over many parts of Punjab, Haryana, and North Bihar.

Now, due to a decrease in fog intensity, sunshine hours have increased over all these places and cold day conditions have abated North India. However, isolated pockets of east Uttar Pradesh and Bihar continue with cold day conditions.

As per weathermen at Skymet Weather, dense fog may not make a comeback over North India for at least next 3 to 4 days. Thus, day temperatures are expected to increase further over the Northern Plains.

Weather on Twitter
It is going to be a rainy Mahashivratri for East India as scattered light rain is likely in East #UttarPradesh, par… t.co/6CL3YmG3aR
Rains made a visit over multiple regions of Northwest India yesternight. While #Delhi’s Safdarjung observatory reco… t.co/ARHEGYnuQg
During the next 24 hours, rain and thundershowers may continue in parts of #Punjab, Haryana, West and Central Uttar… t.co/ZLlwl1pe9D
Have a look at the day and night #temperatures for major cities of #India on February 21. t.co/yHzh3egtA9
A Western Disturbance is over #JammuandKashmir. It will gradually move away eastwards. An induced Cyclonic Circulat… t.co/2r9qLU93y3
During the last 24 hours, fairly widespread rain and thundershowers occurred in #Punjab, Haryana, West and Central… t.co/Y1AYte5LGJ
बिहार, झारखंड, गंगीय पश्चिम बंगाल और ओडिशा के कई हिस्सों में वर्षा और गरज के साथ बौछारें पड़ने की संभावना है।… t.co/aJus3P4cwm
At the same time, good rains are being forecast for North #Chhattisgarh. Places like Koriya, Korba, Sarguja, Ambika… t.co/tqEgUDS8i5
#Marathi: जम्मू-काश्मीर, लडाख, हिमाचल प्रदेश आणि उत्तराखंडमध्ये एक दोन ठिकाणी पाऊस आणि हिमवादळ सुरू राहण्याची अपेक्… t.co/k1iDEiTmMq
In the presence of moderate to strong winds, we expect #Delhipollution to improve further during the next 24 to 48… t.co/8KsuZYd7kz
Follow us @skymetweather