Fresh low pressure in Bay to pound heavy Monsoon rains in Chhattisgarh and Madhya Pradesh for next 48 hours, flooding likely 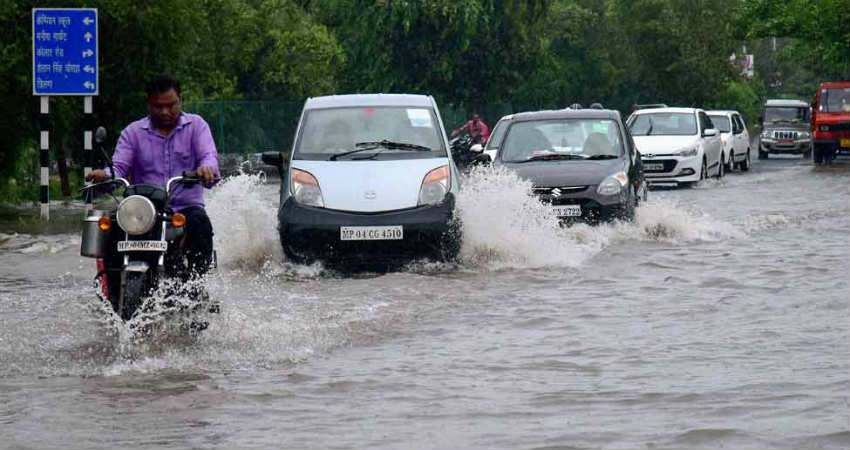 With the formation of fresh low pressure area in Northwest Bay of Bengal, it’s seems that there is no relief in offing for Madhya Pradesh and Chhattisgarh anytime soon.

According to weathermen, the system, although a weaker one than the previous ones, would follow the same track of west-northwest direction. It would be passing through and through Madhya Pradesh, bringing heavy rains over the state as well as adjoins areas.

Presently, the low pressure area is marked over Northwest Bay of Bengal and adjoining West Bengal and Odisha. It is likely to get more marked and soon enter inland. The peripherals of the system are already reaching Chhattisgarh and neighbouring East Madhya Pradesh.

Thus, clouding can already be seen over both the central states and we can expect rains to begin anytime soon.

Weather Forecast for Chhattisgarh: Being closer to the system, we can expect Monsoon rains to be moderate in intensity today. However, as the system nears, rains would intensify and moderate to heavy rains would start lashing the entire state.

However, by tomorrow evening i.e. by August 13, the low pressure area would move further west, resulting in reduction of rainfall.

Weather Forecast for Madhya Pradesh: East Madhya Pradesh is likely to record light rains with few moderate spells on August 12 only. Rains would pick up pace and moderate to heavy rains would start lashing entire state in August 13.

Few very heavy spells would also not be ruled out as by then, the low pressure area would have moved over Madhya Pradesh. Threat of flash flooding is also looming large over the state.

By August 14, rains would start receding from eastern parts but West Madhya Pradesh would continue with good Monsoon rains.

Please Note: Any information picked from here must be attributed to Skymetweather.com