Good Monsoon rains expected in Ramagundam, Khammam, Hyderabad and Adilabad during next 24 hrs 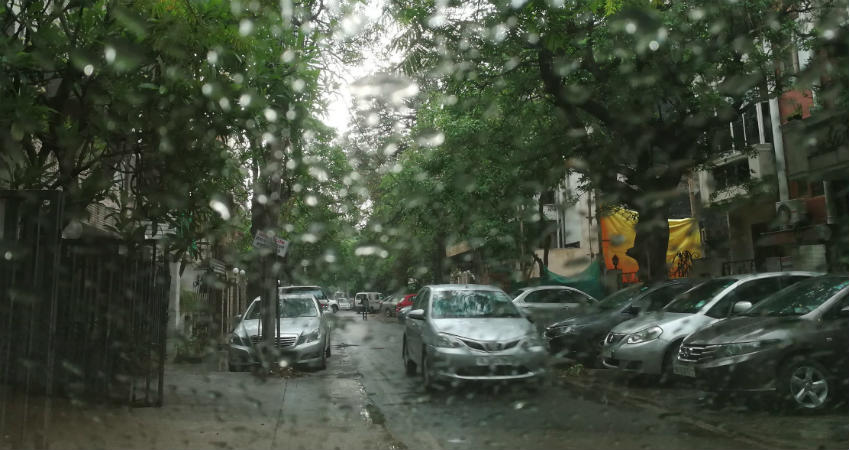 In the past 24 hours, many parts of North Telangana recorded heavy rains with moderate rains over rest Telangana. Northern parts of Andhra Pradesh have also received moderate rain and thundershowers at many places. While light active spells were seen at many places of Andhra Pradesh. Like in the last 24 hours, Bhadrachalam recorded 54 mm of rains, Medak 69 mm, Hanamkonda 60 mm, Hyderabad Airport 48 mm, and Nizamabad 33 mm.

Currently, a Cyclonic Circulation is over the North Andhra Pradesh coast at the upper levels. This system is tilting southwestward with height. Along with this, a Trough running from Gujarat to Coastal Odisha is moving across North Telangana at the upper levels.

The experts have to say that the Cyclonic Circulation which is over the North Andhra Pradesh coast is likely to become insignificant which would gradually lead to reduction in rain intensity.

During the next 24 hours, Northeast parts of Telangana like Khammam, Bhadrachalam, Ramagundam will receive heavy rains. While moderate rains will be seen over Hyderabad, Hanamkonda, Medak, Mahbubnagar, and Adilabad. Thereafter, the rain intensity is likely to reduce over most parts of Telangana as well.

After a short break of two to three days, around August 7 showers of rain will resume once again mainly over North Andhra Pradesh coast and Telangana.