Good rains ahead for Vidarbha and Madhya Maharashtra 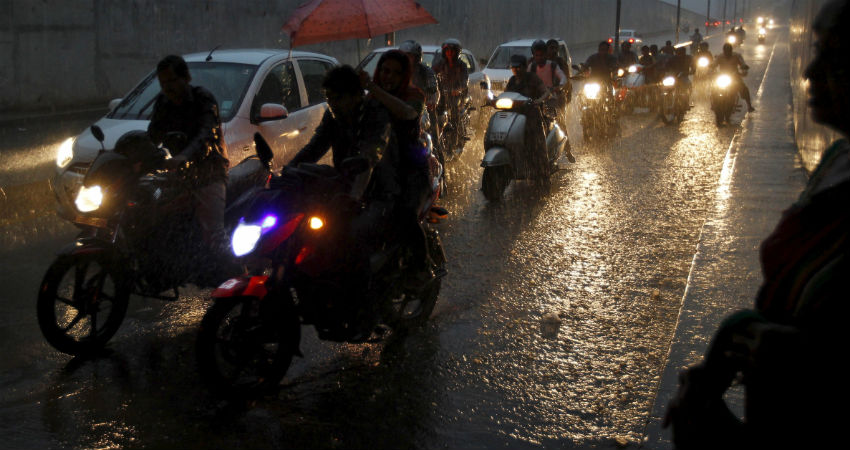 Monsoon remained Vigorous along the Konkan and Goa during the last 24 hours. Significant rainfall was recorded over Mumbai, where Santa Cruz recorded 55 mm of rains, while the observatory in Colaba received 61 mm rains, Alibag 48 mm and Harnai recorded 50 mm rains. The northern parts of Madhya Maharashtra have also recorded moderate rainfall at many places.

These rains have been observed under the influence of a Low-Pressure Area close to North Maharashtra coast, and adjoining Arabian Sea. Also, the Wind Shear Zone is passing through North Maharashtra.

Now, however, the Low-Pressure Area has moved West-northwestwards. The system now lies over Northeast Arabian Sea.

As the system is moving away, rainfall activity is likely to decrease mainly over the Konkan and Goa, southern parts of Maharashtra and Marathwada. However, due to the Wind Shear Zone, Vidarbha and adjoining Madhya Maharashtra will continue to receive moderate rainfall at many places. Also, one or two places might even receive heavy spells.

Konkan and Goa might also receive mainly light rains along with short spells of showers at a few areas. The decreased activity will continue over most parts of Maharashtra during the next 48 to 72 hours.

The temperature is expected to rise marginally over the southern parts of Maharashtra. However, the morning temperatures will drop.

Rains are likely to enhance once again September 25 onward.