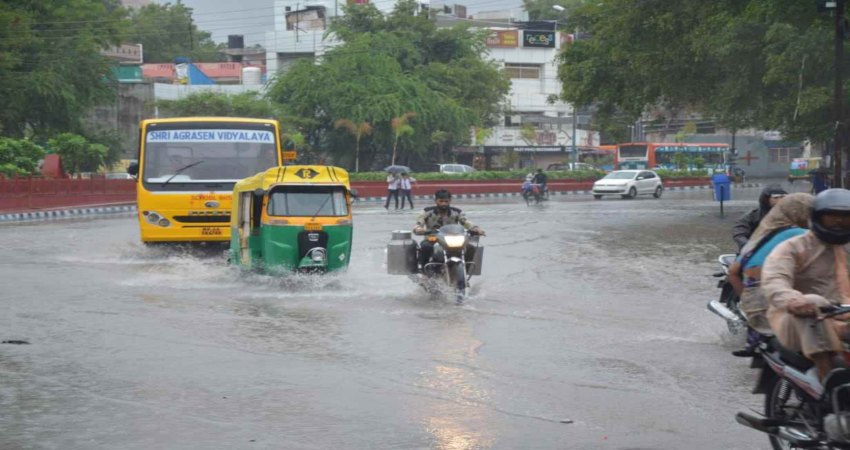 Weather activity in Indore in terms of rain has been light to moderate for the last few days. For instance, in a span of 24 hours from 8.30 am on Saturday, Indore has recorded 3 mm of rain. The remnants of the previous Well Marked Low-Pressure Area over Northwest Madhya Pradesh and adjoining East Rajasthan gave these rains.

Light to moderate rain will continue in Indore and its adjoining areas for the next 48 hours due to the Cyclonic Circulation over northern bay off West Bengal coast intensifying and moving west-northwestward.

But by August 20, this system will move closer to the city and start giving heavy rain in Indore for at least 48 hours. The last time that deluging rain was observed in the city was on August 9. Indore had observed a whopping 78 mm of rain on this day. Since then it has been a little lull in the weather activity but the approaching system is likely to give similar kind of rain this time.

Central India in August has largely been the centre of weather activity. Flooding rains have lashed many parts of Maharashtra, Gujarat and Madhya Pradesh causing widespread destruction to lives and property. But due to this weather activity rain in Madhya Pradesh from June 1 to August 17 is normal at 18%, while rain in Indore is surplus by 42%.