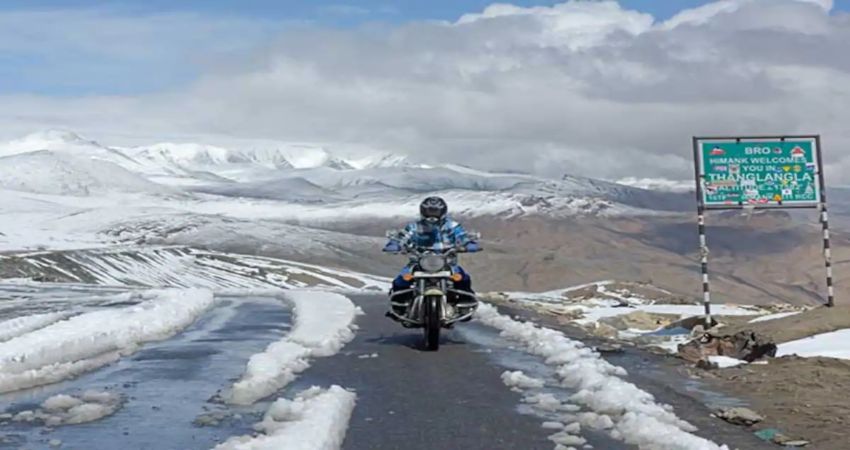 The hills of North India are still left to see a fresh and last spell of snow and rain by the end of this month. In fact, Jammu and Kashmir, Himachal Pradesh, Uttrakhand, and Ladakh are heading towards heavy spells of rain and snow from today itself.

The Western Disturbance which has already passed away has continued to give scattered rain and snow in parts of Himachal Pradesh and Ladakh as well. Today, however, we expect clear weather to prevail over entire hilly region of the Western Himalayas including Jammu and Kashmir, Ladakh, Himachal Pradesh, and Uttrakhand.

By tomorrow, a fresh Western Disturbance will be approaching the Western Himalayas i.e. by the evening hours of January 27, bringing light rain or snow over the hills. By the morning of January 28, the intensity of these rains will increase significantly in Ladakh, Jammu and Kashmir, and Himachal Pradesh. Meanwhile, scattered rain or snow will also commence in Uttrakhand. The peak intensity will be on January 28 over the region.

By January 29, the weather of entire hills will start clearing up starting from Jammu and Kashmir and Ladakh. During the same episode, Uttrakhand and Himachal Pradesh will continue to get moderate snowfall at many places. Its impact will also be felt over the northern plains in terms of rain and thundershower activity.

By the evening of January 30, the remnants of this Western Disturbance will still continue to give isolated light rain or snow in the upper reached of Himachal Pradesh and Uttrakhand. By January 31, the hills of North India would witness clear weather.