January to end with fresh spell of rain and snow in Jammu and Kashmir, Ladakh, Himachal and Uttarakhand 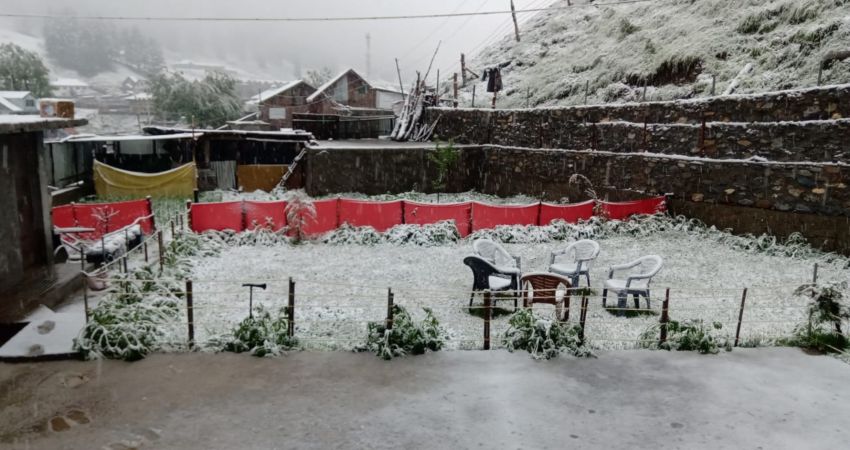 Rain and snow does not seem to ending anytime soon over the hills of North India. In fact, the region is heading for a fresh spell.

The current Western Disturbance has already moved away and in the wake of the north-westerlies, the night temperatures have dropped in the northern plains. Although the day is bright and sunny, the winter chill can be still felt during the day time.

As per the weather models at Skymet, the remnants of this Western Disturbance may give isolated rain and snow in Jammu and Kashmir and Ladakh. Meanwhil, Uttrakhand will remain almost dry with partly cloudy sky. On January 26, we expect the weather to start clearing up.

But the break would be a very brief one as another active Western Disturbance will approach Jammu and Kashmir, which will be confined more to the hills as compared to the plains. It would reach the state by the night of January 27, bringing scattered light rain and snow by the evening of January 27 in Jammu and Kashmir and Ladakh.

By the morning of January 28, rain and snow will cover many parts of the Western Himalayas, like Jammu, and Kashmir, Ladakh, Himachal Pradesh and Uttrakhand. This last active Western Disturbance is very likely to give heavy to very heavy snowfall over these states by January 28. Although the intensity of these rains and snow will reduce thereafter, but it will continue until the morning of January 29.

According to Skymet Weather, the weather will start clearing up from January 29 over Jammu and Kashmir and Ladakh. Meanwhile, Himachal Pradesh and parts of Uttrakhand will continue to get isolated scattered rain and snow.

Dry weather conditions will return by January 30 but the north-westerlies will continue to blow across the northern plains further leading to winter chill in the plains of Northwest India.