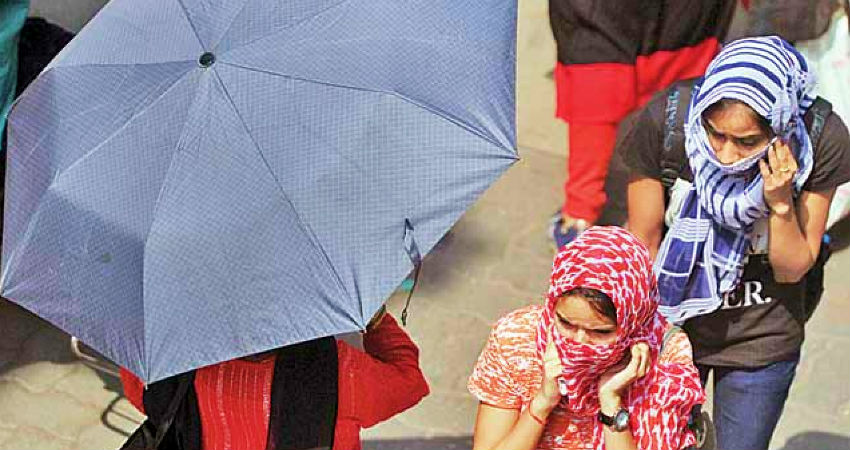 Hot weather conditions have been making life uncomfortable in Gujarat. But in the last two days, the temperatures in most parts of the state have dropped by 2 to 3 degree Celsius due to the commencement of warm and humid winds from the southwest direction. As these winds are blowing from the Arabian sea, humidity levels have increased but temperatures have dropped marginally.

After two days, the winds will again change direction and start blowing from the northwest direction. These winds will be travelling from Sindh and Baluchistan where temperatures are very high. Therefore, Gujarat will once again witness increase in temperatures and isolated places will come under ‘heat wave’ condition.

At present, day temperatures are above normal in most places and minimums are near normal. ‘December to April’ are the driest months for entire Gujarat as the monthly average rainfall is less than 1 mm for the districts. The month of November and May are also very dry and monthly average rainfall during these two months is also in single digits. Out of the 12 months, only five months get decent rain otherwise the other seven months are dry. Rains increases in the month of June, with July being the rainiest month.

As the dry weather conditions are expected to continue for next many days, very hot and uneasy conditions are here to prevail in entire Gujarat until the end of May.

Relief will be in sight only in the month of June when Monsoon will reach Gujarat.