How devastating was the recent Himachal Pradesh and Uttarakhand flood? 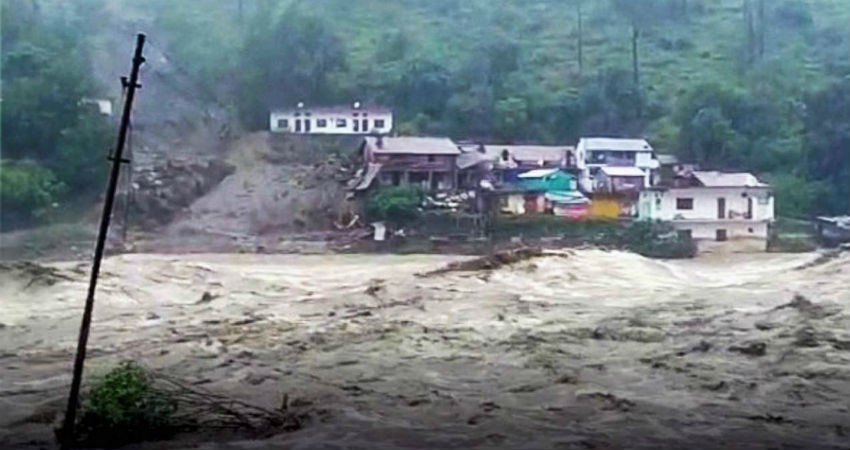 Monsoon floods recently wreaked havoc in the states of Uttarakhand and Himachal Pradesh with severe casualties being reported from many districts of the states. Heavy rains have triggered landslides, mudslides, flash floods which further led to the uprooting of trees as well, thus putting normal life out of gear.

Here are a few developments that will reveal how devastating was the recent Himachal and Uttarakhand flood:

Loss of life and people missing:

63 people have lost their lives in Himachal Pradesh this Monsoon, out of which 23 were killed in heavy rains in the last few days. 20 people have been missing in the Sanel village of Mori in Uttarkashi district, after an incident of a cloudburst. So far, 15 bodies have been recovered. One person remains missing in Makudi of Uttarkashi district after a cloud burst in the area. 3 people have been reported dead as the helicopter carrying flood relief material crashed in Uttarkashi. Heavy rains have left 1500 including tourists stranded in Uttarakhand.

Fresh landslides have hit Kullu causing blockage of traffic on the Manali-Leh Highway. Landslides occurred at Marhi between Manali and Rohtang on the highway. Sanel village of Mori in Uttarkashi district reported an incident of a cloudburst. In the state of Himachal Pradesh, at least 670 roads which include six bridges, have either been blocked or washed away. Flash floods in Uttarakhand’s Mori have wreaked havoc with several hundred hectares of land damaged along with dozens of cattle dead.

Schools in Shimla, Solan, Bilaspur, and Kullu were kept closed in the wake of heavy rains that have caused chaos across the state of Himachal Pradesh.

Chandigarh- Manali highway was blocked, while multiple points of the Manali-Leh highway were also kept closed. Manali Spiti road was blocked due to incessant rains.

More than 300 people have been shifted to safer areas. Three helicopters are being used by the Uttarakhand Government which have so far completed 20 sorties for the transport of relief materials including water, food packets, blankets, and medicines to affected villages from Dehradun. In Uttarakhand, 6 quintals of relief material have been sent by Air Force helicopters to flood-hit Mori Tehsil of Uttarkashi district. All tourists have been evacuated from the rain-hit region of Lahaul and Spiti.

Himachal Pradesh Minister RL Markanda was airlifted from Kaza to Shimla. He was stuck in Kaza for the past three days due to the blockage of roads in the wake of flooding rains.

Light to moderate rain with a few heavy spells is likely in Uttarakhand for the next three to four days. Thus, flood fury will continue. However, weather activities will decrease in Himachal Pradesh and only light rain will be observed. The water levels in the dams and reservoirs will reduce easing out the pressure on the city.