How much is the chance of snowfall in Darjeeling this winter season? 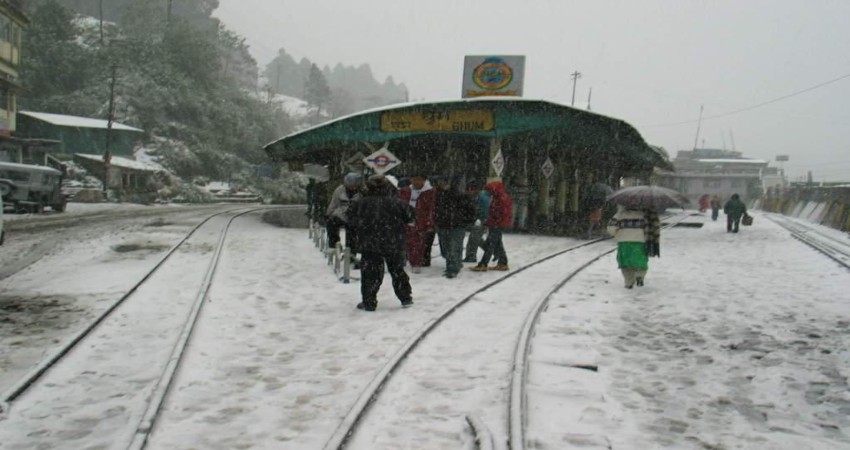 The picturesque town of Darjeeling, situated at an elevation of 6800 feet above the sea level in the state of West Bengal is a tourist paradise. The hill station along with its beautiful sceneries and the weather has ample to offer to its visitors.

But one thing that the people of the region and tourists long for is snowfall in this beautiful town. Unlike the hill states of Jammu and Kashmir, Himachal Pradesh and Uttarakhand in North India Darjeeling on a very few occasion witnesses snowfall.

According to the data available with Skymet of the last ten years, it had snowed in the town in 2019, 2018 and 2012. So it needs to be understood as to why snowfall in Darjeeling is rare despite its fairly good elevation.

Snowfall in a tropical country like India is driven by certain weather systems. In fact, the Western Disturbances that originate in the Caspian Sea and travel all the way up to North India moving further east is largely responsible for the snow in the western Himalayas.

Unfortunately while travelling from the northern hills towards the eastern parts of the country the strength of this weather system (Western Disturbance) dissipates. The moisture content in this weather system also becomes too scarce for en elevation like that of Darjeeling to condense it and turn it into snow.

But there are occasions when the Western Disturbances do tend to remain strong while moving eastwards affecting Darjeeling. It is then that you get to see snow here.

There are places around Darjeeling like Sandakphu that does receive snowfall on almost a regular basis but that is purely because of its much higher elevation than Darjeeling.

The extremely low temperatures at higher elevation are enough to utilise the moisture content from the weakening weather system (WD) to give rain in the region unlike the town of Darjeeling.

According to senior meteorologists at Skymet, there is a very scarce chance of strong Western Disturbance affecting Darjeeling this winter season. Snowfall would, therefore, be a rare possibility in this beautiful town called the queen of hills.