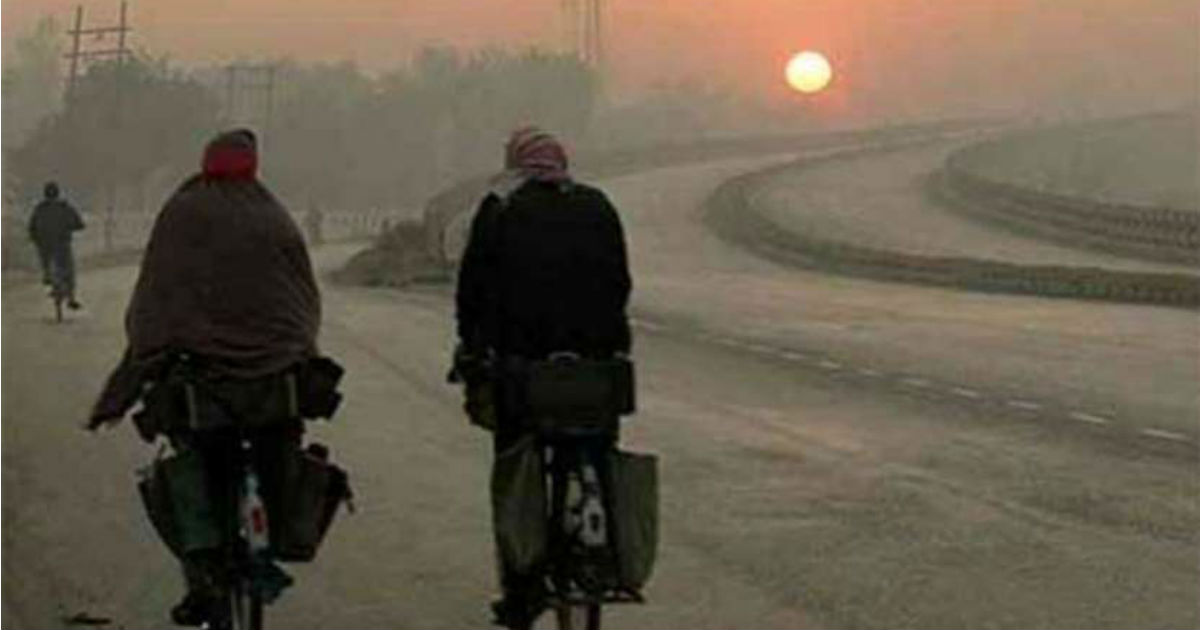 Severe cold wave as well as cold day conditions are wreaking havoc across Northwest India, with Winters 2019 breaking all-time high records at many places. Uttar Pradesh was no different, with its several parts freezing with night temperatures dipping to zero degree on Tuesday morning. In fact, day maximums had also dipped to new lows on Monday, leading unbearable weather conditions.

Kanpur winters shattered all records today, as the city recorded minimum temperature at zero degree which is lowest in the history. The all-time record earlier stood at 0.8 degree Celsius on December 21, 2015.

Lucknow was also not far behind as it witnessed night temperature at 0.7 degree Celsius, which was the second lowest temperatures ever recorded in the city during December. The all-time low record in the history stands at 0.5 degree Celsius recorded on December 13, 1973.

According to weathermen at Skymet Weather, day maximums were 10-18 notches below the normal average temperatures, while minimum temperatures have been 7-9 degree below normal. However, what is more worrying is the fact that we do not expect much relief  in the ongoing extremely cold weather conditions for the next 48 hours. 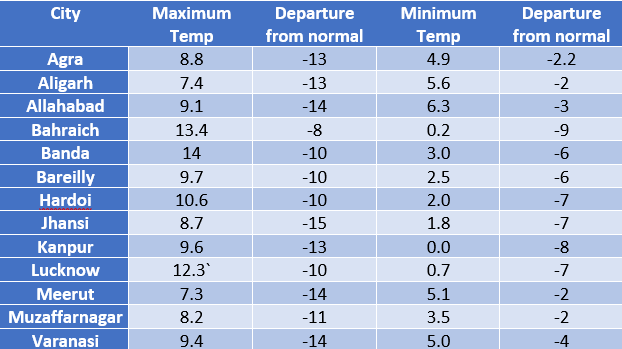 As predicted, a rainy spell is likely to effect the state from Wednesday. With this, there would change in the wind pattern, wherein in chilly northwesterly winds would be replaced with competitively warm easterly winds by tomorrow. With this, temperatures would start increasing gradually but no relief before 48 hours. Thereafter, cold wave conditions are most likely to abate.

The state is gearing up for a week long rainy week, wherein most parts of Uttar Pradesh would witness rain and thundershowers of varying intensity. Hailstorm could also be seen in some parts. With these rains, we might see relief from chilly nights but days would be cold and gloomy.