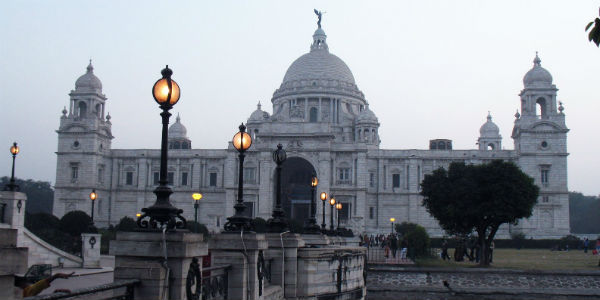 Pre-Monsoon activities commence over the state of West Bengal during the month of March, as most of the weather systems travelling from the Western Himalayas move east/northeastwards and affect this region. This area is also prone to lightning strike and thunderstorm activities.

This year also March remained quite active in terms of rain and thundershowers over both the sub-divisions of West Bengal i.e. Gangetic West Bengal and Sub-Himalayan West Bengal. As of March 25, rain in West Bengal is largely surplus by a whopping 73%. It is also one of the rainiest pockets in India.

However, since the last three days, the weather condition in West Bengal including its capital city Kolkata is dry. The day temperatures have therefore risen in the state.

At present, a cyclonic circulation lies over South Assam and adjoining Meghalaya. A trough is also extending from this circulation to Chhattisgarh across Sub-Himalayan West Bengal, East Bihar and Jharkhand.

In view of these systems, we expect rain and thundershower activities to commence over parts of West Bengal during the later part of the day today. The intensity and spread of these weather activities will gradually increase. Lightning strikes and thunderstorms are also expected in some parts.

Moderate rain and thundershowers accompanied with squally winds and moderate lightning will be observed in Alipurduar, Darjeeling, Jalpaiguri, Kalimpong and Cooch Behar districts of North Bengal during next 12 hours.

In the next 24 to 48 hours, rain and thundershowers accompanied with moderate lightning strikes, squally winds and thunderstorms are also expected in Kolkata, Midnapore, Diamond Harbour, Digha, Cooch Behar, Malda, Bankura and Burdwan. The intensity of these weather activities will start reducing after 24 hours, but isolated rains will still be observed in some parts of these districts.