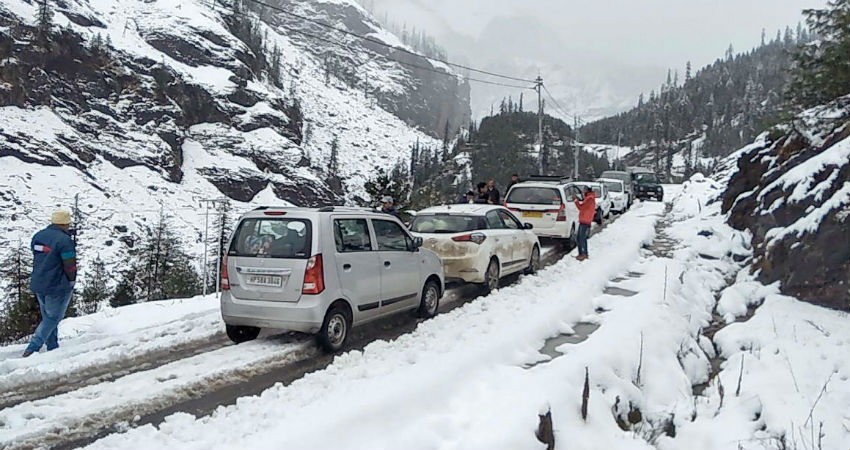 The hills of North India are gearing up for another spell of rain and snow commencing today. The active Western Disturbance which is over North Pakistan at present is expected to reach Jammu and Kashmir by evening. Clouding has already increased over Jammu and Kashmir and Ladakh and light rain is likely in the upper reaches tonight.

From the morning of January 12, the spread and intensity would increase and rain/snowfall may cover some more parts. By afternoon, almost all the parts of Jammu and Kashmir, Ladakh, Himachal Pradesh and Uttarakhand may observe rain and snowfall.

The intensity would be at its peak on January 13 and a few heavy spells of snowfall may lead to road blockage, mudslides and traffic jams in these hilly regions. These conditions are likely to persist until the morning of January 14.

All the famous tourist destinations like Srinagar, Pahalgam, Kullu, Manali, Shimla, Kedarnath, Mussoorie and Nainital may be a witness to these activities. Extra precaution must be taken in the areas that are prone to avalanches.

By the time this WD makes an exit, another system in quick succession will start affecting the Himalayas, most probably from January 16. The system will bring more rain and snowfall over the region.

The effect of these WDs would also be seen over the northern plains in the form of rain and thundershowers and a rise in minimums, owing to change in wind direction. There are also chances of isolated hailstorm.